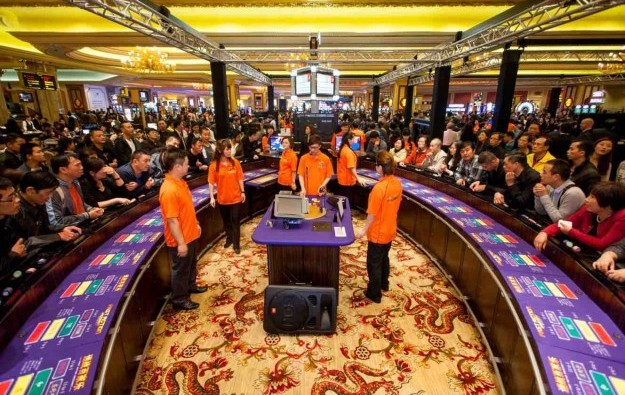 Sanford C. Bernstein Ltd and the stockbroking arm of Nomura issued notes on the topic, based on GGR for the week ended November 11.

The brokerages suggest GGR will be in the range of MOP23 billion (about US$2.85 billion) to MOP24.1 billion this month.

The Bernstein note forecasts that GGR this month will be between MOP23.5 billion and MOP24.1 billion, or between 2 percent and 4 percent more than a year ago.

There has been some market discussion recently about the possibility of a year-on-year contraction in Macau market GGR at some stage during the fourth quarter.

The latest Bernstein forecast for November assumes average daily revenue of between MOP750 million and MOP780 million for the rest of the month.

Referring to a recent trip to neighbouring Zhuhai in the mainland’s Guangdong province, by President Xi Jinping for the opening of the Hong Kong-Zhuhai-Macau Bridge, the Bernstein team wrote: “Visitation picked up after President Xi’s visit late October…”

A number of investment analysts have previously said that visits to Macau – or places nearby – by senior Chinese leaders to can have a moderating effect on volumes of gambling by Chinese using Macau casinos.

“Demand has gradually picked up since China’s President Xi visited the region late last month. In addition, we believe the higher-than-normal weekend-to-weekday ratio through the first 11 days also added about MOP28 million a day to the weekly GGR-per-day number,” Nomura said.