Macau GGR to shrink by 23 pct plus in Dec: analysts 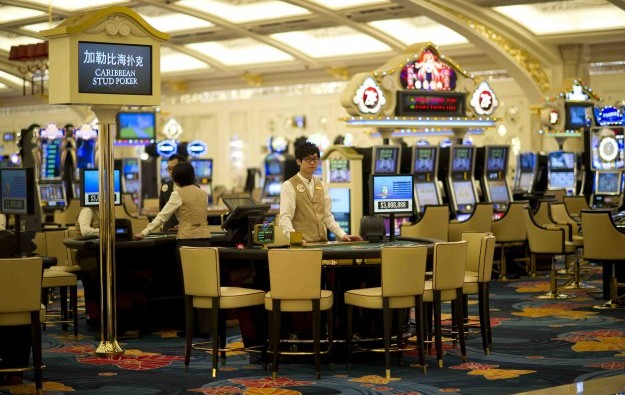 Macau’s gross gaming revenue (GGR) for December could fall by between 23 percent and 28 percent year-on-year. That is partly due to the expected visit by Chinese President Xi Jinping this month creating issues for gamblers, say three sets of investment analysts in separate notes.

Following the official Macau GGR numbers for November issued on Monday, showing a 19.6 percent year-on-year retreat, investment analysts this week have seen little room for optimism going in to 2015.

They cited in particular some concerns about tighter enforcement on the mainland side of the border of rules relating to transit visas that are used by some Chinese citizens to visit Macau.

On Tuesday, analysts Jamie Soo and Adrian Chan from Daiwa Securities Group Inc in Hong Kong, said they expected to see December’s GGR decline by 23 percent to 28 percent year-on-year “due mainly to Xi Jinping’s visit to Macau in mid-December”. They didn’t cite in that note any specific reasons for the visit affecting gambling.

But Kenneth Fong and Isis Wong of Credit Suisse AG in Hong Kong, on Wednesday mentioned a drop of about 26 percent for December. They cited as one factor “tighter visa approval” around the time of the Chinese President’s visit for the 15th anniversary of Macau’s handover in 1999 from Portuguese administration. The handover commemoration ceremony is on December 20th.

Daiwa’s analysts on Tuesday gave some colour on the tougher rules.

The Daiwa team added: “Our on-the-ground research reveals that although the above regulation has been in place, officers at the Macanese [sic] immigration rarely carry out stringent checks. According to our channel checks, travellers have purportedly been denied entry through the Macau border at the Chinese immigration front should they fail to present the said documents.”

David Bain of brokerage Sterne Agee in the U.S., on Monday said he anticipated a deterioration of between 23 percent and 28 percent in December GGR.

Aside from President Xi’s visit, he also noted on a modestly upbeat note that “VIP hold/win rate for December 2013 was the lowest of the year, offering a small, yet lesser known year-on-year tailwind for this month (December 2013 hold was 2.7 percent versus 3.1 percent for the year)”.

Macau’s casino gross gaming revenue (GGR) for the first five days of February is estimated at MOP1.9 billion (US$235.1 million) – or MOP380 million per day – a level that suggests a “45... END_OF_DOCUMENT_TOKEN_TO_BE_REPLACED