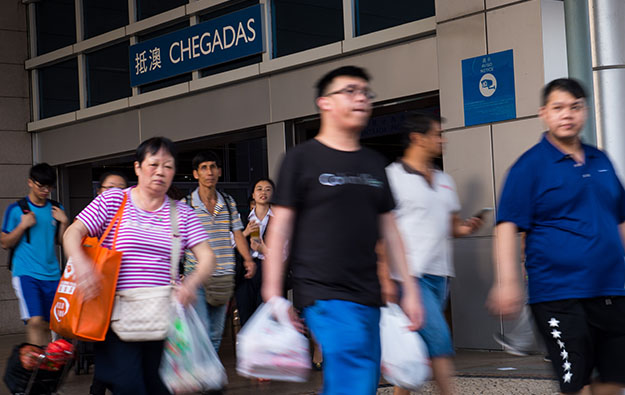 Visitor arrivals to Macau during the first four days of the National Day Golden Week period were down by 2 percent from the same period in 2016.

Preliminary figures from the city’s Public Security Police – compiled by the Macao Government Tourism Office – show that on Wednesday, Macau welcomed almost 92,500 visitors, which was a 22-percent decline in year-on-year terms compared to the same period in the National Day Golden Week holiday of 2016. About 69,000 of Wednesday’s visitors came from mainland China, a decrease of 30.3 percent in that market segment judged in year-on-year terms.

Between Sunday and Wednesday, Macau recorded close to 469,000 visitor arrivals, down by 2 percent year-on-year. The aggregate number of mainland visitors in those first four days stood at approximately 363,500, down by 5.1 percent.

The Macau government last week said it was expecting visitor numbers for the National Day Golden Week holiday to go up by about 4 to 5 percent from a year earlier.

Last year, 770,000 people visited Macau during the National Day Golden Week, between October 1 and 7. The figure was up by 19 percent from 2015, according to revised figures by the Macao Government Tourism Office.

South Korea on Thursday said it would from June 1 resume issuing short-term tourism visas for trips to the country’s mainland, for individual visitors and groups of tourists. Permits for... END_OF_DOCUMENT_TOKEN_TO_BE_REPLACED