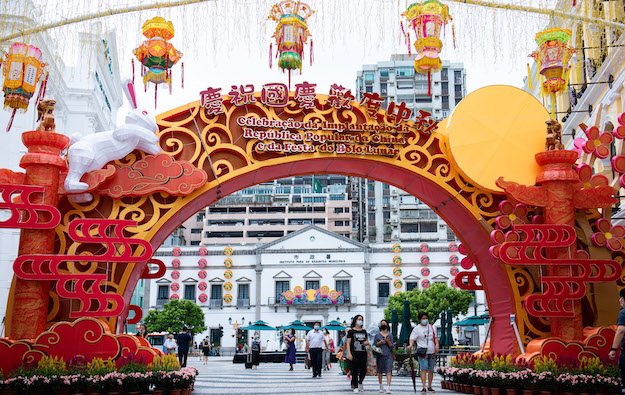 Visitor arrivals to Macau during the entire autumn Golden Week holiday period this year totalled 156,300, according to the latest official data.

Preliminary figures from Public Security Police – compiled by the Macao Government Tourism Office (MGTO) – show that the aggregate number of mainland Chinese visitor arrivals for the holiday period stood at just over 145,400.

The daily average of visitor arrivals during this year’s October holiday period stood at 19,538, down 86.0 percent from the prior-year period. The figures however are not directly comparable as this year’s holiday period included one more day compared with last year’s autumn Golden Week .

The city welcomed an aggregate of 17,020 visitors on the eighth and final day of the holiday period, showed the official data.

The brokerage also said it estimated Macau’s full October GGR to decline by 70 percent from the prior-year period, largely due to mainland China’s visa processing issues and “uncertainty” regarding liquidity constraints.

A Macau court was offered evidence on Monday, including of recordings from police-wiretapped telephone conversation, that the prosecution says proves the direct involvement of Levo Chan Weng Lin... END_OF_DOCUMENT_TOKEN_TO_BE_REPLACED