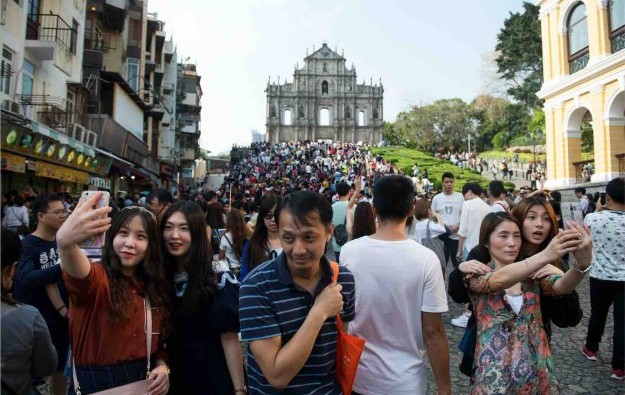 Visitor arrivals to Macau during the first six days of the autumn Golden Week holiday were up by 13.0 percent from the same period in 2018.

Preliminary figures from the city’s Public Security Police – compiled by the Macao Government Tourism Office – show that between October 1 and Sunday (October 6), Macau recorded approximately 906,100 visitor arrivals. The figure is already above the total number of visitor arrivals recorded for the whole of 2018′s autumn Golden Week.

The aggregate number of mainland visitor arrivals in the first six days of this year’s autumn Golden Week stood at more than 744,600, a year-on-year increase of 10.7 percent.

According to the available data, Macau recorded more than 150,000 visitor arrivals for four straight consecutive days during this year’s autumn Golden Week, namely between October 2 and October 5.

Last year, approximately 890,000 people visited Macau during the whole of autumn Golden Week, which ran from October 1 to 7 in 2018. The tally – more than 80 percent of which involved visits by mainland Chinese – represented a year-on-year increase by 7.2 percent.

Autumn Golden Week is usually a peak season for Macau’s tourism and gaming industries as hundreds of thousands of mainland Chinese tourists take advantage of the weeklong break to visit Macau. There is however no clearly demonstrated connection between overall tourism arrival numbers and casino gross gaming revenue in Macau.

A senior official of city’s tourism bureau was quoted in late September as saying the city anticipated a possible 15 percent year-on-year rise in visitor numbers during autumn Golden Week.

Some Macau casinos visited by GGRAsia on Thursday, actually had tables that were closed, notwithstanding strong consumer demand during Chinese New Year (CNY). The reasons for some tables being... END_OF_DOCUMENT_TOKEN_TO_BE_REPLACED