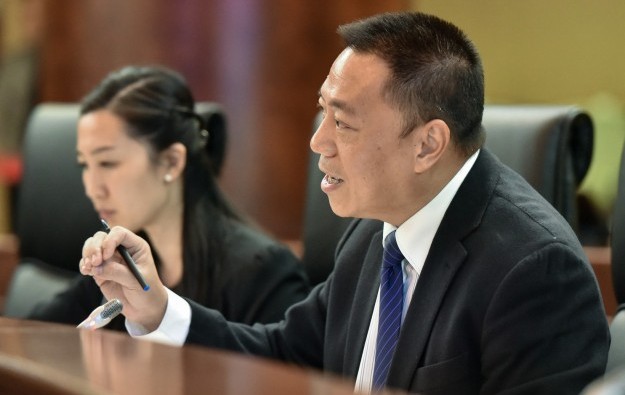 Macau’s Secretary for Economy and Finance, Lionel Leong Vai Tac (pictured), said on Thursday that the government would be keeping its cards close to its chest in the run up to the expiry of the concessions of the six current Macau operators. Such concessions are due to end on various dates in either 2020 or 2022.

Mr Leong – whose portfolio covers oversight of Macau’s gaming sector – said the government needed to take into consideration the increase in competition in the casino industry across the region.

“We can’t forget that the gaming sector is predominant [in Macau’s economy], and to guarantee its sustainable development we need to pay close attention to international competition,” Mr Leong said on Thursday during a question and answer session at a plenary sitting of Macau’s Legislative Assembly.

The official stated that if the government were to announce too early the rules on the refreshment of the concessions, that would allow other jurisdictions to adjust their gaming policies accordingly, which he said could contribute to a “more severe” competition.

“Before we announce the new rules, we need to think about the appropriate time to do so, in order to guarantee the sustainable development of the [gaming] sector,” Mr Leong added.

Macau’s Chief Executive, Fernando Chui Sai On, said a fortnight ago that mid-2018 would be an “appropriate” time to provide more details regarding any extension of gaming rights for Macau’s current gaming concessions and sub-concessions.

Angela Leong On Kei, an executive director of casino operator SJM Holdings Ltd, last week urged the government to announce the plans for the refreshment of the gaming concessions, so that the process runs smoothly for all parties involved.

Japanese brokerage Nomura said in a note on Monday that it expects the Macau concession talks to add volatility to the city’s gaming sector in 2018, assuming the debate starts next year.

In Macau’s Five-Year Development Plan – a package of policies and initiatives covering the period 2016 to 2020 and that was published last year – the city’s government stated that Macau casino sector non-gaming revenue should account on average for at least 9 percent of all revenue generated by Macau operators by 2020. That target was met in 2015, five years ahead of the deadline, according to data compiled by the city’s Statistics and Census Service.