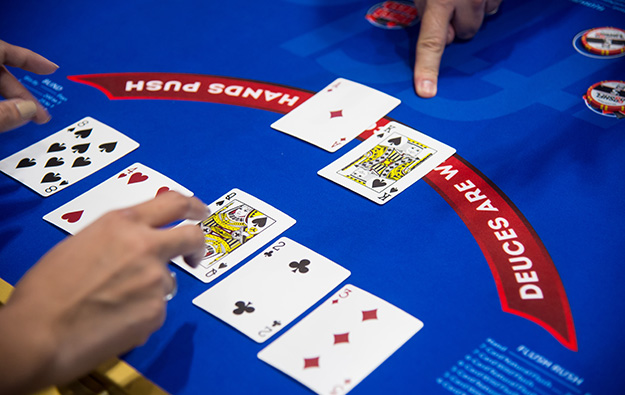 The Macau government is now expecting to collect nearly MOP29.46 billion (US$3.69 billion) in taxes from the city’s casino industry this year, according to a second revision of its budget for fiscal-year 2020. Such forecast includes MOP26.29 billion in direct tax on the city’s casino gross gaming revenue (GGR), although that figure is down 71.1 percent from what the government had originally estimated in November last year, according to the budget document.

The figure for direct tax from gaming is also down 42.2 percent from the MOP45.50-billion target set in a first revision of the budget in April.

The new data was included in a second revision to the Macau government’s budget for fiscal-year 2020, aimed at covering spending for the last month of the year. The latest revision to the budget was approved by the city’s Legislative Assembly on Wednesday.

The government will shift from its fiscal reserve a total of MOP8.1 billion in order to cover expenses relating to December. A first revision to the budget, submitted in April, involved an additional MOP40 billion.

In its latest revision of the budget for 2020, the government said it expected to collect MOP210 million in taxes on commissions paid to junket operators, down 41.7 percent from its original forecast. The amount of contributions from casino operators to special projects – including contributions to urban development plans, the social security system and to promote the city’s tourism industry – is now anticipated to reach MOP1.50 billion, down 71.2 percent from the November forecast.

The government taxes the GGR of Macau casinos at a rate of 35 percent, but other levies on the casino gaming gross raise the tax rate to 39 percent in effect.

The Macau government collected nearly MOP24.35 billion in tax revenue from the city’s gaming industry in the first 10 months of this year. The figure was down 74.1 percent compared to the prior-year period, showed official data published in November.

Macau’s accumulated casino gross gaming revenue (GGR) in the year to November 30 stood at MOP52.62 billion, a contraction of 80.5 percent year-on-year, according to official data.