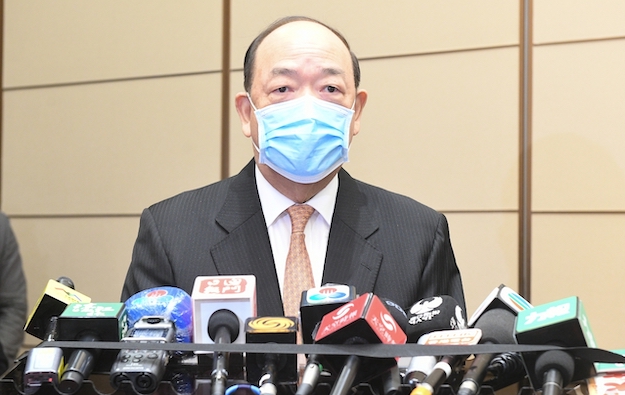 Macau’s leader has, for the first time, left the door open to a potential extension of the existing six casino concessions. In comments to reporters on Monday, Chief Executive Ho Iat Seng (pictured) said “anything is possible”.

Macau’s current six gaming licences expire in June 2022. The city’s leader can extend the existing concessions for an aggregate of up to five years, as allowed under the current gaming law.

The local government had previously said it had no plans to delay the launch of a fresh public retender process for gaming rights. But the local authorities have not so far provided a clear timetable for the retender process.

“The extension of the concessions is a sensitive matter, so I will not comment on it,” Mr Ho said on the sidelines of a reception to celebrate the 21st anniversary of Macau’s handover to China.

He added: “Anything is possible, but we need to comply with procedures.”

Investment bank Morgan Stanley said earlier this month the Macau government was likely to extend the existing six casino concessions for three years, until 2025. The institution said it expected such a decision to be taken by June next year.

The Macau government has several times stated it plans to have ready by 2021 a bill amending the city’s gaming law. The local authorities say such a step is necessary, ahead of a public retender process.

According to the local government’s policy agenda for 2021, the Macau authorities plan to start revising the city’s gaming law by the first quarter of next year, and to complete the task by the fourth quarter, prior to submitting a finalised draft bill to the Legislative Assembly. But the timetable could be influenced by a public consultation process the government has pledged to hold, the document noted.

In his Monday comments, the Chief Executive said that the government planned to hold the public consultation on the gaming law only in the second half of 2021. But he added that some work related with the gaming concession retender process – such as production of draft tender documents and draft contracts – could still progress in the meantime.

Some analysts have told GGRAsia that, in the light of the legislative timetable announced by the city’s government, it would be hard to complete a public retender process prior to June 2022.

The year 2024 is still the targeted start date for operation of a five-star hotel and casino complex at the Westside City Project (pictured in an artist’s rendering) in Manila, the Philippine... END_OF_DOCUMENT_TOKEN_TO_BE_REPLACED