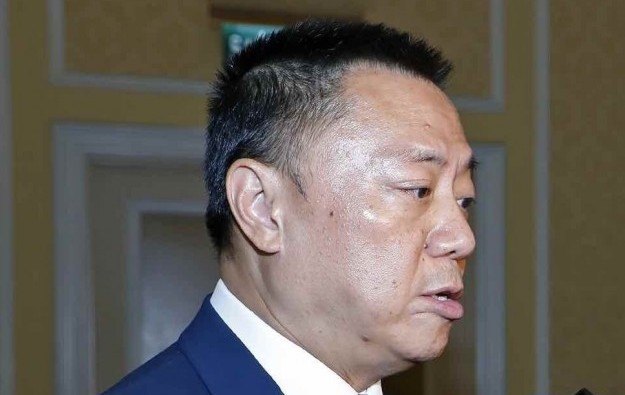 The Macau authorities are “highly concerned” about any “unlawful deposits” of capital placed with the city’s gambling junket sector, and is preparing to address the problem via “severe penalties” to be introduced by amending the regulation overseeing junkets activity, said Macau’s Secretary for Economy and Finance, Lionel Leong Vai Tac (pictured in a file photo), in comments on Monday.

He did not specify who or what would be the subject of such penalties.

Investment analysts have said that such capital deposits are typically made by members of the public to provide liquidity for some of the city’s VIP gambling business, and provide rates of interest far in excess of those available via the regulated financial system. But because such deposits are not regulated, they can lead to large losses for members of the public in the event of junket-sector problems, as happened when a large amount of money was allegedly stolen from a junket at Wynn Macau in 2015.

Mr Leong made the remarks about “unlawful deposits” during a question-and-answer session with Legislative Assembly members following on from the local government’s recently-announced Policy Address for 2019. During the session, questions were raised on the policy direction and monitoring for Macau’s gaming industry.

“We would like to eliminate the problems relating to the [junket promoters’] taking of the unlawful deposits through the amendment bill regulating the junkets,” Mr Chan said in the assembly on Monday. He noted the government intended to address the issue with a special penalty to be introduced within the framework of the amendment bill regulating the city’s junket promoters.

During the session, lawyer and legislator Chan Wa Keong raised concerns regarding legal liability issues involving the city’s casino operators and their partner junket promoters; as highlighted in a recent ruling of Macau Court of Second Instance. It ruled that Macau casino operator Wynn Macau Ltd was jointly liable for the refund of a chip deposit worth HKD6 million (US$767,050) lodged with Dore Entertainment Co Ltd, a Macau junket promoter.

The court case is related to a high-profile 2015 incident of alleged theft of large amounts of Dore Entertainment money by an ex-cage manager from a VIP room at the Wynn Macau casino hotel. At the time, a number of people came forward claiming they had invested with Dore Entertainment on the promise of higher returns than those offered by regulated banks but had lost their money because of the alleged incident.

Responding to legislator Mr Chan’s remarks, gaming bureau boss Mr Chan said he was aware of the ruling of Court of Second Instance on the Dore case. GGRAsia had previously approached Wynn Macau Ltd – the promoter of the Wynn Macau property – for its response to the ruling, but the firm said it “did not comment on litigation matters”.

Gaming regulator Mr Chan said at the Monday session of the Legislative Assembly that the Court of Second Instance ruling “represents one of the several [Dore-related] cases. And as Mr Chan [Wa Keong] mentioned, this particular case is yet to reach the Court of Final Appeal. We’ll pay close attention on that matter”.

Secretary Leong and the gaming bureau boss were also questioned on Monday on public policy regarding the expiry in the coming few years of the city’s six gaming concessions, but revealed little detail. Pro-democrat legislator Au Kam San asked about the number of gaming concessions that the Macau government would like to see participating in the city’s gaming sector following the expiry in either 2020 or 2022 of the current rights.

“This [issue] should not be a subject dealt with in secrecy. The sooner the information is out, the better it is for the public or the gaming firms’ employees, as well as the firms themselves and those that may want to invest in here in the future,” Mr Au remarked during the session.

“We are listening to social opinions on the issue and will continue to work on it,” Secretary Leong responded to the legislators on the that topic

“After the present [gaming concession] contract is over, we’ll be inclined to conduct an open tender,” the secretary said, briefly adding that the government would also carry the subject over for discussion with the legislators in the assembly at some future date, but didn’t mention specifics.

Casino operator Melco Resorts and Entertainment Ltd announced on Thursday that it would launch at the end of June a new, themed zone for “family-friendly” entertainment at its majority-owned... END_OF_DOCUMENT_TOKEN_TO_BE_REPLACED