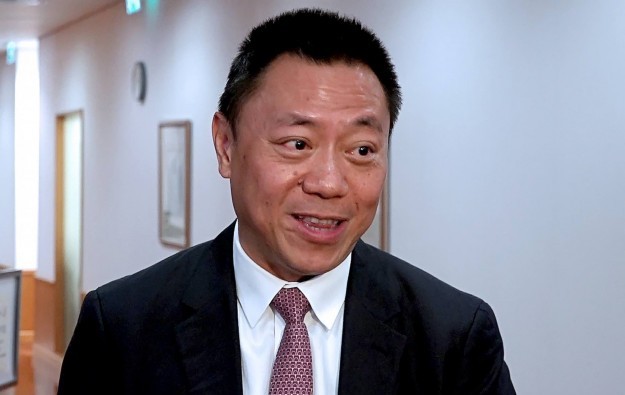 The Macau government is set to analyse various options – including the possibility of legal amendment to existing terms and conditions – regarding any extension of gaming rights for Macau’s current gaming concessions and sub-concessions.

So said Lionel Leong Vai Tac (pictured), the city’s Secretary for Economy and Finance, the person responsible for overseeing the city’s casino industry. He made the remarks on Monday to local reporters.

According to a government press statement first issued in Chinese on Monday afternoon – which did not quote him directly – Mr Leong said the Macau gaming industry was facing a new situation as regional competition intensified. He noted the conditions were significantly different from when the city’s government had granted the industry’s current permissions at the turn of the present century.

According to the government’s statement, the authorities pledged to study “all feasible directions,” including a review of whether any related laws regarding gaming concessions ought to be amended.

It also noted that the administration would continue to “listen to and analyse related opinions on the issue,” including those expressed following the publication in May last year of the “Interim Review of Gaming Liberalisation for Games of Fortune”, a document commonly referred to locally as “the mid-term review”. Secretary Leong said at the time it was issued that there was “no direct relationship between this report and the gaming licence renewal process”. Nonetheless in May 2015, at the start of the review, Mr Leong noted it would “help [casino] operators to do a ‘check-up’ and identify their shortcomings, and [help them find out] what they can do to rectify those shortcomings”.

The expiry dates for the current gaming permissions fall beyond the end of the current five-year term of Macau’s Chief Executive, Fernando Chui Sai On, who first took office on December 20, 2009. Mr Chui is barred by law from running for a third consecutive term as Chief Executive.

While some specialists in gaming law have indicated to GGRAsia that Macau might ask for a fee from the licence holders in return for extending their current concessions, or that the current tax rate on gross gaming revenue could be increased, there is also the possibility that some conditions might be relaxed.

“We need to keep in mind there are lower-tax jurisdictions actively targeting the highly-mobile Chinese gamblers. At some point in time, depending on the prevailing conditions, there may be a need for all the stakeholders – including the community, the Legislative Assembly, the government and the concessionaires – to have an open and honest discussion on how to ensure long-term competitiveness,” said Mr Lui in a keynote speech at G2E Asia, a casino industry trade show and conference held annually in Macau.

Macau casino operator MGM China Holdings Ltd had a “record” market share in January, and its venues were the “highest-earning businesses” in the portfolio of the majority owner MGM Resorts... END_OF_DOCUMENT_TOKEN_TO_BE_REPLACED