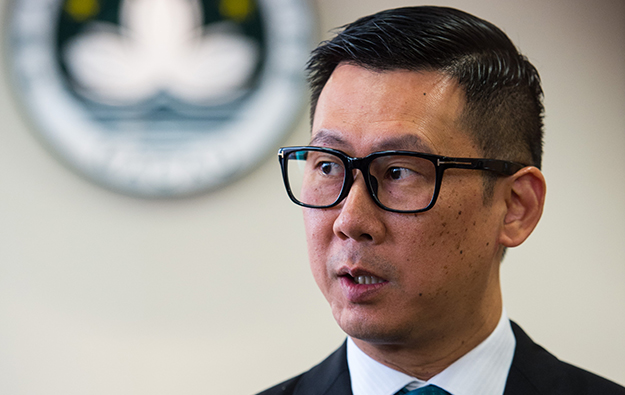 The Macau government is open to discussing a potential change in gaming tax rates ahead of any renewal of the concessions of the city’s six casino operators, said Paulo Martins Chan (pictured), the director of the Gaming Inspection and Coordination Bureau, also known as the DICJ.

Macau currently has one of the highest taxes on casino gross gaming revenue (GGR) of any major regulated market. The city levies an effective tax rate of 39 percent on casino GGR – 35 percent in direct government tax, and the remainder in a number of levies to pay for a range of community good causes.

Mr Chan told public broadcaster TDM that the government would be willing to discuss a potential change “as long as it is beneficial to Macau’s gaming sector”.

“At the moment, we do not have any concrete plan [for a change in tax rates] but we are open to listen to the opinions of the sector,” Mr Chan added.

Speaking on the sidelines of a Saturday seminar on responsible gambling, Mr Chan said the regulator would “look into every possible aspect” regarding changes to the existing gaming law. “There’s still time until the [casino] licence renewal for us to listen to society,” he added.

The current casino licences expire on various dates between 2020 and 2022.

Macau’s Secretary for Economy and Finance, Lionel Leong Vai Tac, had mentioned to media in January 2015 that the government would only look into a potential change in gaming tax rates after the “mid-term review” of the gaming industry, the results of which were published in May 2016.

Direct taxes from gaming brought in approximately 78 percent of the Macau government’s total revenue in the first 11 months of 2016. The city collected MOP72.76 billion (US$9.11 billion) in fiscal revenues from direct taxes on gaming between January and November, according to official data.

Wang Changbin – a scholar at the Gaming Teaching and Research Centre, a unit of the Macao Polytechnic Institute – told GGRAsia earlier this month that the Macau government should consider lowering the overall gaming tax burden. He suggested in particular that the government should consider imposing different tax rates for, respectively, mass-market gaming revenue and VIP gaming revenue.

At another public event at the weekend, the DICJ’s deputy director, Leong Man Ion, told local media the regulator plans to tighten certain requirements for the city’s casino operators.

“We’re striving to finish reviewing the guidelines of the Minimum Internal Control Requirements by the end of this year,” Mr Leong said as quoted by TDM. He added that the enhanced guidelines would help better to tackle suspicious money transactions on casino floors.