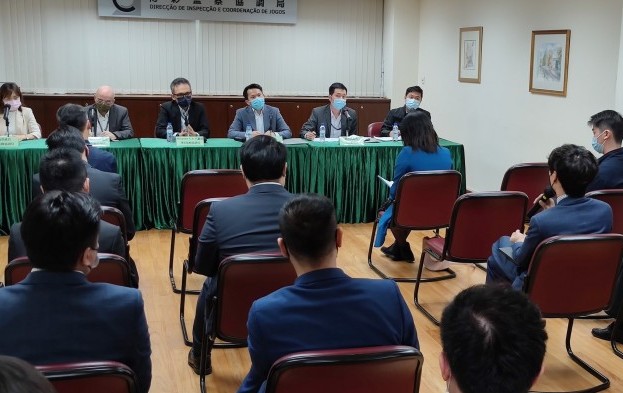 Macau’s Judiciary Police say they will work with the city’s gaming regulator and the six casino operators to tackle illicit gambling websites that make fraudulent use of the city’s casino brands.

From April 1, the Judiciary Police, the Gaming Inspection and Coordination Bureau (DICJ) and operators will do “proactive” searches for such websites, with the aim of having them either taken offline, or blocked, said the police in a social media post on Friday.

The three parties met on Wednesday to discuss the issue, the Judiciary Police said.

Such websites had been a recurring issue, coinciding with the growth of Internet commerce. The problem had grown since Macau market liberalisation, at the turn of the current century, said the police.

This had “not only caused losses from tourists and our citizens, but also impacted the Macau SAR’s image as a tourism destination,” the Judiciary Police said.

Since 2018, the force had investigated in particular, gambling websites that fraudulently made use not only of Macau casino brand names, but also the name of the gaming regulator.

The action had resulted in the “blocking” of 2,165 websites from 2018 through to 2020. That was as a result of the Judiciary Police requesting site server hosts or domain holders registered outside Macau, to take down the websites, said the police.

The Macau government hinted on Friday it might under the proposed update to the city’s gaming framework, permit some kind of performance-related system – linked to “turnover”... END_OF_DOCUMENT_TOKEN_TO_BE_REPLACED