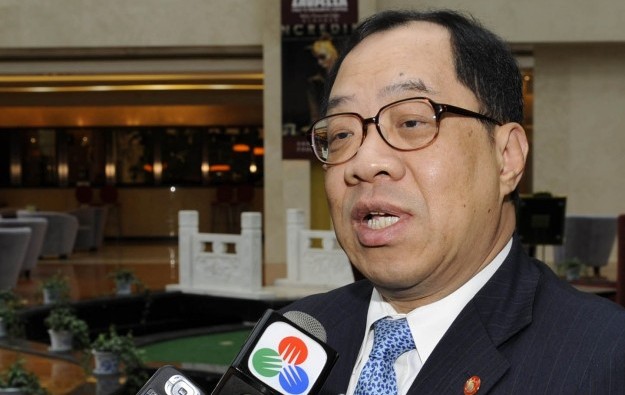 The cap on live gaming tables will not be amended at least until 2022, Macau’s Secretary for Economy and Finance, Francis Tam Pak Yuen (pictured), said on Thursday. Mr Tam said a day before that any change to gaming policies would be for the next administration to decide.

The policy coincides with a huge expansion of gaming resorts on Cotai involving billions of U.S. dollars in investment per resort, and a business model that depends on maximising table numbers in order to achieve rapid payback. Seven new resorts are due to open on Cotai between 2015 and 2018. For six of them, casino operators have mentioned adding hundreds of gaming tables.

Speaking to reporters on Thursday, Mr Tam said the granting of additional gaming tables for the market would depend on the pace of new casino openings. The principle of 3 percent compound annual growth however would not be changed, he reiterated.

Casino services firm Macau Legend Development Ltd said in a filing on Tuesday that it had been granted “35 additional gaming tables” by the Macau government. The gaming tables, to be used at Macau Fisherman’s Wharf, are among 45 applied for by a unit of Macau casino concessionaire SJM Holdings Ltd. The latter firm supplies Macau Legend’s gaming licence.

The following day, the government clarified that the extra tables had not yet been formally granted, but Mr Tam said the government “was positive” about the application by SJM Holdings.

The Macau official also said the administration had not received any applications for new gaming tables from other casino operators. Local media quoted Mr Tam as saying that the new Cotai projects did not yet have the conditions to apply for fresh tables. The next government will handle the decision on the number of tables for each new project, he added.

Macau Chief Executive Fernando Chui Sai On is set to start his second term in office on December 20. Mr Chui is still to name his team of governmental secretaries. It is not yet known if Mr Tam – who has overseen the gaming industry since 1999 – will stay on.

On Thursday, Mr Tam said the government would start negotiating the licence renewals with the six casino operators in 2016 – the licences expire between 2020 and 2022. He admitted that the cap on gaming tables could be one of the topics up for discussion, adding that the approval for more gaming tables once the cap is reached could only happen after 2022.

Macau’s casino gross gaming revenue (GGR) for the first five days of February is estimated at MOP1.9 billion (US$235.1 million) – or MOP380 million per day – a level that suggests a “45... END_OF_DOCUMENT_TOKEN_TO_BE_REPLACED