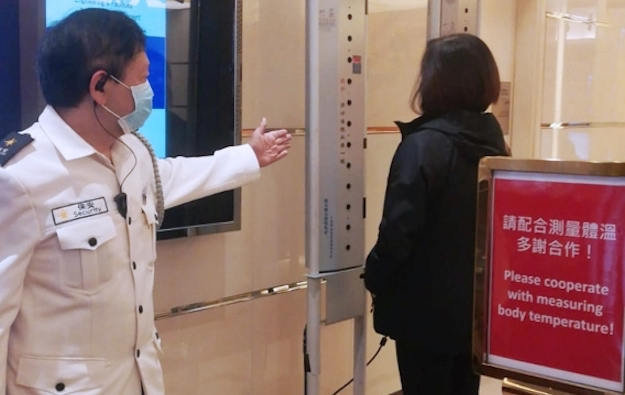 The Macau authorities said on Sunday they had issued an alert regarding risk posed to the city by cases of “viral pneumonia of unknown origin” that had been reported in the mainland China metropolis of Wuhan in central Hubei province. Macau has direct air services to Wuhan.

Macau’s Health Bureau stated the alert as “level three” or “serious” – indicating a “medium” degree of threat to public health that required diligent follow-up by the authorities.

The bureau said that since January 1, local medical facilities had reported an aggregate of five people – who had been in Wuhan within the previous 14 days – presenting themselves for treatment in Macau with respiratory problems and fever. Four of these five cases were eventually diagnosed as either influenza or a common cold. One case required further investigation.

Sunday’s alert warning followed an interdepartmental meeting on the matter among local officials. Last week – after a meeting involving Macau’s six casino operators, the Health Bureau and the casino regulator, the Gaming Inspection and Coordination Bureau, the gaming firms were advised to install body-temperature screening equipment – including of the type pictured here in a government press release on the matter – at the staff and public entrances of all casino resorts.

A Sunday statement from the Health Bureau said temperature-check equipment had already been installed at some of the city’s casinos, but didn’t specify which ones.

Health Bureau director Lei Chin Ion had said last week that if casino staff or clients showed signs of fever, they should be asked whether they had been in Wuhan within 14 days of the onset of symptoms. Anyone confirming they had, should be sent immediately to hospital for a check-up.

The World Health Organization (WHO) – a United Nations agency – said on Sunday that the causal agent for the Wuhan pneumonia outbreak was yet to be identified. The WHO added it had been informed by Chinese authorities that a number of causes had been ruled out, namely: influenza; avian ‘flu’; adenovirus; Sars (severe acute respiratory syndrome); and Mers (Middle East respiratory syndrome).

The international body added that day: “Based on the preliminary information from the Chinese investigation team, no evidence of significant human-to-human transmission and no health care worker infections have been reported.”

In a separate Sunday statement, Macau’s Health Bureau noted that it had received a report from a clinic at the Sands Cotai Central casino resort, a property operated by Sands China Ltd, stating that a person from Wuhan had sought help on January 1 after complaining of fever. The person showed no symptoms of pneumonia.

After a follow-up check on the guest on January 2, the Sands Cotai Central clinic said the person no longer had signs of fever. The guest left Macau on the following day, the Health Bureau said. It also noted it had confirmed the departure from Macau of that visitor originating from Wuhan.