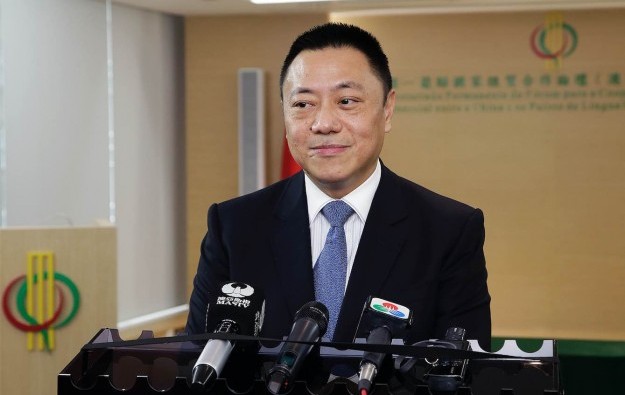 The Macau government expects its mid-term review of the city’s gaming industry and the city’s gaming concessions to be completed this year, the Secretary for Economy and Finance, Lionel Leong Vai Tac (pictured), said on Friday.

The results would be publicly announced by early next year at the latest, once the government has assessed a preliminary report submitted in September by the Institute for the Study of Commercial Gaming at the University of Macau, Mr Leong told reporters.

The mid-term review began in May. According to previous comments by Macau’s Chief Executive, Fernando Chui Sai On, the mid-term review of the gaming sector covers eight topics, namely: “development of the gaming industry; its economic impact on Macau; its impact on small- and medium-sized enterprises; its impact on Macau’s society; the relationship between the gaming and non-gaming sectors; whether gaming operators are complying with the terms in their contracts; the operations of gaming companies; and whether gaming operators are fulfilling their social responsibilities.”

The Macau government has previously said that how each of Macau’s six casino operators scores in the review will not have a direct impact on whether or not the government will refresh gaming rights for them. The current concessions expire on varying dates between 2020 and 2022. But Mr Leong has admitted that negotiation on the specific terms under which any such renewals might take place would be based on the mid-term review’s conclusions.

Mr Chui has pledged to carry out a public consultation on the renewal process ahead of making any decision on the matter.

In his Friday comments to reporters, Mr Leong also said he was considering candidates for the role of director at the Gaming Inspection and Coordination Bureau. The current director, Mr Manuel Joaquim das Neves, is due to retire this month.

The deputy director, Leong Man Ion, would lead the bureau in the interim period if no replacement were appointed by the time of Mr Neves’ retirement, the Secretary stated.

The Macau authorities announced on Friday some of the key aspects of a bill proposing a new regulatory system for gaming that will shape how the industry looks for years ahead. Macau’s Executive... END_OF_DOCUMENT_TOKEN_TO_BE_REPLACED