Macau govt to have power to approve junket-op tie-ups: bill 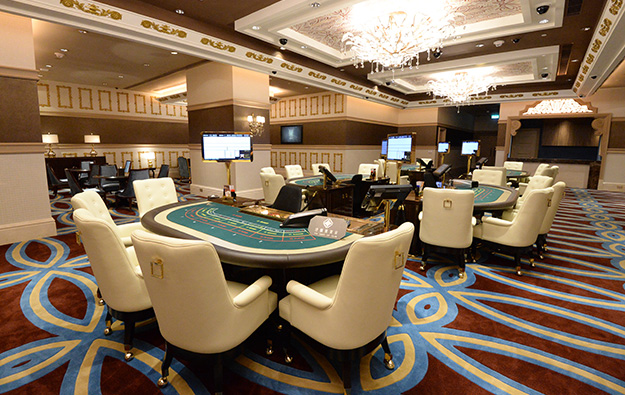 The Macau authorities announced on Thursday some of the aspects of a bill proposing a new regulatory system for junket operators in the city.

Macau’s Executive Council, an advisory body to the city’s Chief Executive, stated that, under the bill, contracts between junkets and casino concessionaires would need to be approved by the government. That was in order to improve supervision of the sector, according to a press release from the Executive Council.

It added that each Macau junket would be required in future to work with a single Macau casino concessionaire. Individuals would no longer be licensed as junkets; only companies.

The bill also proposes criminal penalties against what the authorities term “illegal taking of deposits“ from the general public by junket operators. It suggests offenders could face a sentence of up to five years in prison.

In recent years, Macau recorded several high-profile cases of alleged theft in casinos of large amounts of deposits taken from private investors, usually involving junket operators. Until recently, it was common for junkets in Macau to raise capital to finance their rolling chip programmes by offering private investors above-market interest rates for their deposits.

The freshly-announced bill is to be sent to the city’s Legislative Assembly, to be voted on by its members. The length of time that procedure will take depends on the city’s legislators, who can also propose changes to the bill.

A legislator heading a commission with a key role in the approval process, said earlier this month the group aimed to approve by mid-August the new regulatory framework for junkets.

The government has said previously Macau’s gaming framework needs to be updated as a linked issue to a fresh public tender process for Macau gaming rights. The city’s Legislative Assembly is already discussing a bill to revamp Macau’s existing gaming law.

The latest bill sets out the definitions of junkets, management companies, and collaborators, according to the Executive Council’s press release.

Junkets, referred to by the Macau authorities as gaming promoters, have typically been the go-betweens between rich players – mostly from China – and casino operators, for VIP gambling in the Macau market.

Junkets have been subject up to now to administrative regulations as well as licensing.

Commentators on the industry have mentioned that other people traditionally associated with the junket sector – “collaborators”, also known as “sub-agents” – have not themselves historically been licensed by the government. Some have viewed that as a regulatory loophole.

Macau is to create distinct zones on its casino floors and designated gambling chips that will be solely for the use of players from overseas. The moves will be part of a new gaming tax system to... END_OF_DOCUMENT_TOKEN_TO_BE_REPLACED