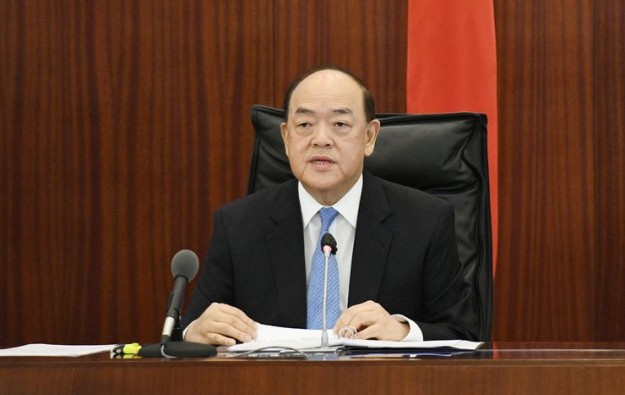 Macau’s Chief Executive, Ho Iat Seng (pictured), says the city’s government will ask China’s central government to increase the number of cities covered by the Individual Visit Scheme (IVS), once the Covid-19 pandemic is controlled. The announcement was part of the local government’s policy address for 2020, delivered on Monday by Mr Ho.

In his speech, the city’s leader provided no guidance regarding what will happen in the run up to when the licences of the six current Macau casino operators expire in June 2022. The 2020 Policy Address document made reference to the ongoing review of the Macau gaming law, ahead of the gaming licence refreshment process.

Mr Ho did outline that once it was confirmed that the Covid-19 disease had been stopped, the authorities in Macau would ask the central government to consider restarting the IVS, in order to enable more mainland residents to visit the city. He said the authorities might have more clarity regarding this matter by the end of April, depending on the efforts to contain the further spread of Covid-19.

“With an aim to help recover the local tourism sector, we will, in due course, request the central government to resume the issuance of tourist visas for mainland residents to travel to Macau, as well as to expand the issuance of individual tourist visas to more mainland cities,” stated Mr Ho in his Monday address.

“The gaming and tourism sectors are the ones most affected by the pandemic, and this impacts other related industries,” said Mr Ho.

Turning to local measures, he stated: “We will strengthen our support, so that the gaming and tourism sectors can overcome the difficulties caused by the pandemic, [enabling the city to] once again receive tourists and restore the vitality and dynamism of the market,” he added.

Mr Ho said additionally: “We also want to negotiate with Guangdong province to loosen the policy of issuing tourist visas for its residents to travel to Macau.”

Mainland China’s IVS system was introduced in 2003. It allows mainland Chinese living in eligible areas of the mainland to apply for a travel permit to visit Macau or Hong Kong individually instead of having to be part of a tour group.

The system was first implemented in four Guangdong cities and expanded several times between July 2003 and January 2007. The number of cities under the IVS currently stands at 49.

IVS tourists are described by investment analysts as generally the Macau visitor segment most valuable to local casino resorts due to their higher spending power compared to package tour visitors.