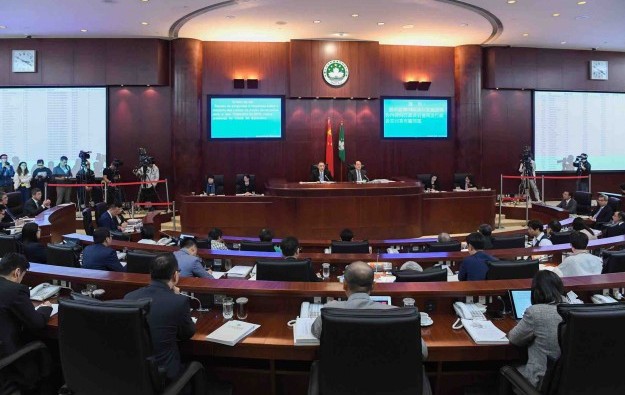 The Macau government plans to introduce stricter rules for the city’s casino operators regarding the hiring of foreign workers, especially for middle or senior management positions, said on Wednesday Macau’s Chief Executive, Fernando Chui Sai On.

The Chief Executive stated that the government would “strictly assess” applications for the importation of foreign workers based on prevailing economic conditions, and encourage large-scale enterprises – including the city’s casino operators – to hire a greater number of local workers.

The Macau government wants to increase the share of locals working in middle- and upper-level management positions in the city’s casino industry to 85 percent by 2020.

On Wednesday, the Chief Executive reiterated that non-resident workers were meant only to offset any shortfall in local labour, adding that his government would work to improve the mechanism by which current non-resident workers exit the Macau labour market at the end of their contracts, in order to provide more varied options for employment and training to Macau residents.

Mr Chui additionally said that the government would thoroughly review the ratio of foreign to local workers upon the completion and inauguration of the second phase of Macau’s large-scale casino projects.

He also stated that the government would ask the city’s gaming operators respectively to outline clearly the length of time they anticipated that a particular position would continue to be occupied by foreign employees. The government plans gradually to reduce the importation of – and the renewal of applications for – foreign workers holding middle or senior management positions in these companies.

Mr Chui stated that the casino operators would also be expected to provide training opportunities for local employees so that a greater number of local workers could become qualified to take up management positions.

Macau’s Court of Final Appeal announced on Monday sentences in relation to a total of nine cases concerning debt claims involving junket operators based at local casinos. In all the cases, the... END_OF_DOCUMENT_TOKEN_TO_BE_REPLACED