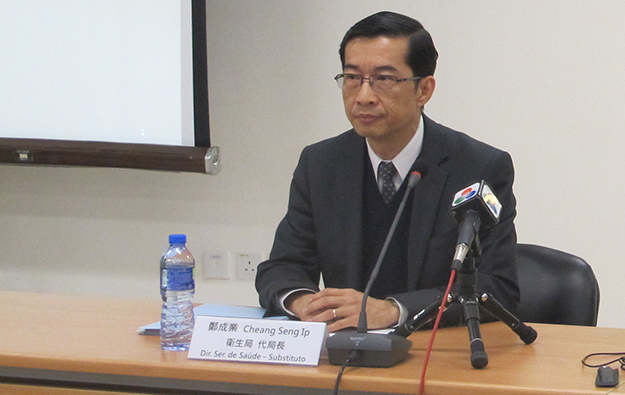 Additionally, smoking at VIP gambling tables will be banned under the proposed new regime, and high rollers will instead need to use smoking lounges. Such VIP smoking lounges will not be an absolute right granted to casino operators: they will need to apply to the government for permission, just as they currently do for smoking lounges on casino main floors.

A number of investment analysts have said that in markets where casino smoking has been banned completely, casino revenue subsequently dipped.

The Health Bureau announcement on the climbdown from pursuing a zero-smoking regime for casinos came two days after the public release of results from a survey on the topic of smoking in casinos, a piece of work commissioned from the University of Macau by the city’s six casino operators. The poll indicated more than half of respondents supported the retention of smoking lounges on casino main floors.

The new technical requirements for smoking lounges now proposed by the Health Bureau echo those included in a proposal on that topic by the city’s six casino operators. The operators’s suggested specifications were publicly disclosed on Monday along with the results of the opinion survey.

Under the new proposal from the Health Bureau, smoking lounges would still be allowed on casino main floors. However, the technical standards for these facilities would be improved, Mr Cheang told reporters during a press conference on Wednesday.

He added that under the proposed new rules there would be no limit to the number of smoking lounges each casino could set up.

During Wednesday’s press conference, Mr Cheang had several questions fired at him from reporters, regarding the government’s apparent U-turn on a zero smoking regime for casinos. He said the decision to revise smoking control proposals had been influenced by the results of the opinion survey by the University of Macau.

“A majority of casino workers supports the retention of smoking lounges,” he stressed. “We cannot ignore this fact.”

Representatives from Macau’s major gaming labour groups contacted by GGRAsia on Tuesday had given mixed reviews to the results of the survey from University of Macau. Cloee Chao, director of local gaming labour activist group New Macau Gaming Professionals Association, told GGRAsia that her group was not convinced by that survey finding. She said that approximately one year ago – when the trading conditions for the city’s casinos in gross gaming revenue terms were more challenging than at present – a survey by the association of its own members indicated that most of them supported a full smoking ban – i.e., zero smoking inside casinos.

Although the University of Macau survey findings were only made public on Monday, Mr Cheang confirmed the city’s six gaming operators had already submitted the poll results to the government in December last year. The survey was conducted on October 28 and 29 last year.

On Wednesday Mr Cheang also said the government was willing to accept the new standards proposed by the city’s six casino operators as they would be an improvement over current ones. Under the proposed changes, it will be necessary to have an alarm system for when the door of a smoking lounge stays open for more than one minute or if the negative pressure inside the lounge is below recommended levels.

Ambrose So Shu Fai, chief executive of Macau casino operator SJM Holdings Ltd, had said on Monday that casino operators hoped the government to give the industry a grace period of 12 to 18 months for upgrading the existing smoking lounges to the new proposed standards. The Health Bureau’s Mr Cheang did not provide guidance for the grace period, but commented that the period suggested by Mr So sounded “too much”.

Mr Cheang said the government remained committed with the long-term goal of implementing a smoke-free environment inside casinos. He added that the new proposal represented “one step more” toward that goal: it meant casino workers in VIP rooms would no longer have to endure second-hand smoking from gamblers.

Macau’s Legislative Assembly is currently discussing a bill proposed by the government for a full smoking ban inside casinos. Mr Cheang said the government planned to present legislators with a revised version of the bill, proposing the retention of smoking lounges.

He did not say when the new draft would be submitted to the Legislative Assembly. But Mr Cheang stated he was hopeful legislators could vote the bill before the end of the current legislative term in August 2017. If that deadline is missed, the proposed legislation would fall, and the process – which began in July 2015 – would have to start afresh.

Mr Cheang said the new proposal had been drafted in coordination with the staff of the Secretary for Social Affairs and Culture, Alexis Tam Chon Weng. He refused to state whether the Secretary had already approved the proposal.

Last December, the Macau government had already hinted it was mulling a U-turn regarding the proposal for a full smoking ban in casinos. At the time, Secretary Tam said the government needed to “hear the casino workers” on the matter. Worker support to maintaining smoking lounges would be needed for the government to back the amendment, he had stated.