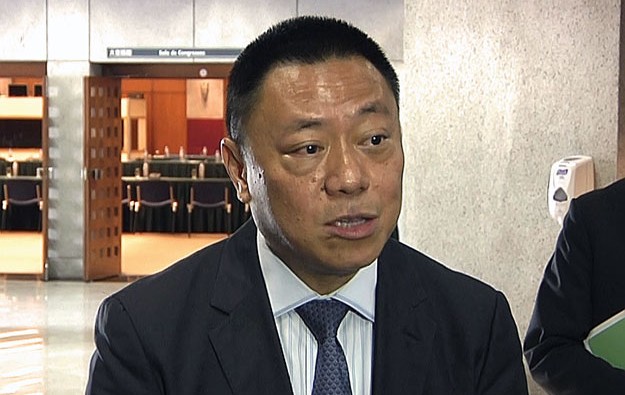 Macau’s Secretary for Economy and Finance, Lionel Leong Vai Tac (pictured), said on Monday that the government’s forecast for casino gross gaming revenue (GGR) in 2016 was “reasonable” based on year-to-date figures.

The Macau government in November forecast GGR to come in at MOP200 billion (US$25 billion) in 2016, an average of MOP16.6 billion per month. Macau’s GGR in 2015 declined 34.3 percent compared to the previous year to MOP230.8 billion, according to official data.

Commenting on the gaming industry’s performance in February, Mr Leong said gaming revenue during the week-long Chinese New Year holiday period was similar to that recorded in the prior-year period.

“As the gaming revenue during Chinese New Year [this February] is almost equal to that of last year, we estimate that the gaming revenue for [the full month of] February will be at a similar level to December 2015 and January,” the secretary said, quoted by local newspaper Macau Business Daily.

Casino GGR in January reached MOP18.7 billion, down 21.4 percent from the prior-year period.

Investment analysts have suggested that GGR average daily rate (ADR) in February was trending higher than in previous months, following a stronger performance of the market during Chinese New Year. Some analysts said ADR could have been above MOP800 million during the week-long holiday period.

The executive director of SJM Holdings Ltd, Angela Leong On Kei, said on Sunday that the casino operator recorded a 5-percent improvement in business volume during the Chinese New Year holiday period.

Speaking to reporters on Monday, Secretary Leong said the city’s gaming operators have solid development plans and that delays faced by some new casino resorts currently under construction were related to a number of factors. He did not identify those factors.

Casino operator MGM China Holdings Ltd last week said the opening of its under construction new resort on Cotai would be moved to the first quarter of 2017. MGM Cotai was scheduled for a fourth quarter 2016 launch.

Macau market rival Wynn Macau Ltd in November announced it was delaying the opening of its US$4.1 billion Wynn Palace resort on Cotai by three months.

Mr Leong brushed aside any concerns about a lack of confidence in the market, saying that casino operators continue to support Macau’s tourism sector as they contribute to attract more international visitors.

“We can see that the [gaming] companies are optimistic. They have been doing a lot of work on promotions, attracting their target clients and expanding the client base. As they sort out their problems, they will continue to invest in Macau. We are very confident on this,” said Mr Leong, quoted by Business Daily.

The imminent return of package tours from mainland China will not only help boost Macau’s tourism businesses, but is also expected to help casinos gain more foot traffic in their mass gaming... END_OF_DOCUMENT_TOKEN_TO_BE_REPLACED