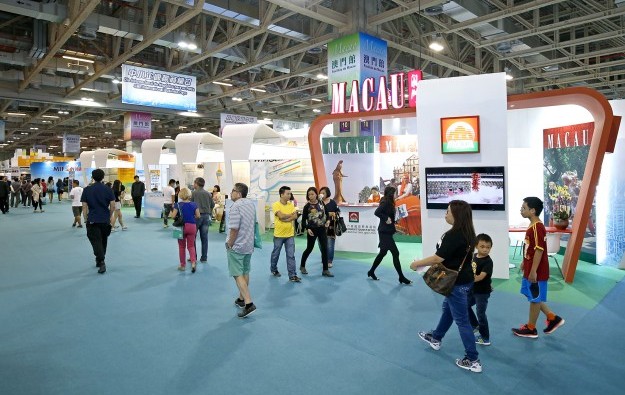 A total of 909 MICE events were held in Macau last year.

The Macau government and some tourism industry professionals have mentioned MICE events as one area of potential growth for the city’s six casino operators – in terms of their non-gaming revenues and in terms of boosting international tourism to the city. All the local gaming operators have included some MICE-related facilities in their upcoming or recently opened projects on Cotai.

Las Vegas Sands Corp and its local unit Sands China Ltd led the way on Cotai, with Cotai Expo at the Venetian Macao, which opened in 2007. Sands China nonetheless recorded a 2.3 percent year-on-year revenue decrease in the MICE segment last year. The figure also includes revenue from its ferry and retail activities (excluding mall operations). The segment accounted for fewer than 3.5 percent of the company’s overall revenue in 2015.

Several analysts describe Sands China as the Macau gaming operator with the largest exposure to MICE. The firm has an accumulated total 1.6 million square feet (148,645 square metres) of MICE space available in its three Cotai properties.

Market-wide in Macau in 2015, there were a total of 831 meetings and conferences, an increase of 125 judged year-on-year. However, the total number of participants decreased by 10.0 percent to about 88,200 “owing to a decline in the number of conference participants”, the statistics bureau stated.

The average duration of meetings and conferences hosted in Macau in 2015 was 2.1 days, down by 0.2 days in year-on-year terms.

The number of exhibitions in Macau declined to 78 in 2015, a decrease of nine events. The number of attendees dropped by 3.8 percent to 2.39 million; professional visitors totalled fewer than 145,000 (the figure excludes one exhibition, according to statistics bureau).

The average duration of the exhibitions in Macau in 2015 was 3.3 days, similar to that recorded in 2014.

Information collected by the statistics bureau regarding 73 independently organised exhibitions show these were heavily reliant on financial support from the government. Subsidies accounted for 55.5 percent of the overall revenue generated by these events.

Most of Macau’s casino operators are likely to generate positive free cash flow in the first quarter, given the robust recovery level of mass-market gross gaming revenue (GGR) in January, relative... END_OF_DOCUMENT_TOKEN_TO_BE_REPLACED