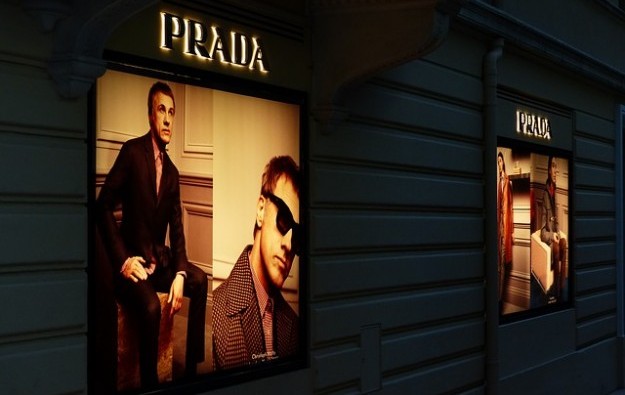 Business contractions recorded in the Hong Kong and Macau markets had a significant impact on the results of Italian luxury fashion group Prada SpA, “both in terms of sales and margins” for the first six months of fiscal year 2015, the company said in a filing to the Hong Kong Stock Exchange on Tuesday. A company executive said sales in Macau were hit by a decline in the number of casino high-rollers visiting the city.

Some of the group’s retail sales to consumers living outside Europe took place in Europe because of the persistent weakness of the European Union’s single currency, the euro, relative to other major currencies, Prada SpA said.

In Asia Pacific, Prada SpA’s biggest market, net sales amounted to EUR610.3 million (US$684.8 million) for the six months to July 31, down by 1.4 percent compared to the EUR619.2 million reported for the same period of 2014. The decrease was 17.5 percent at constant exchange rates.

“The performance was significantly penalised by Hong Kong and Macau which failed to show any signs of recovery throughout the six month period at industry level,” said Prada SpA.

The group’s chief financial officer Donatello Galli said on an earnings call that Macau sales had suffered because of a steep drop in the number of very wealthy people going there to gamble, reported Reuters.

“The question is whether these high-end gaming people will go back to Macau … Of the two I would bet a little bit more on Hong Kong,” Mr Galli reportedly said.

Brokerage Sanford C. Bernstein Ltd stated in a report on August 19 – about the Macau casino industry and its relationship to the mainland China economy – that high stakes gambling in Macau seemed to have had “correlation with real estate prices, fine wine prices, high end luxury car sales and jewellery sales in China”, noting that demand for all these categories had fallen.

At the turn of the year some investment analysts attributed part of the slowdown in luxury retail sales in Macau and Hong Kong to the anti-corruption crackdown in mainland China. The giving of expensive gifts to mainland officials by those seeking help in business is one of the practices now frowned upon.

Since then the depreciation of the euro – making shopping trips to Europe more attractive for Chinese travellers – and the slowing of the Chinese economy and the price correction in the Chinese equities markets are also said to have contributed to a fall in luxury goods sales volumes in Asia Pacific.

“You cannot expect us to skip the turbulence we have seen so far on the markets,” Prada’s CFO Mr Galli said. “In some places consumption patterns are linked to the behaviour of financial markets more than in some others.”

The group’s Greater China operation recorded net sales of EUR384.5 million for the period, down by 1.2 percent or 19.3 percent at constant exchange rates. In the period the group opened its first store in Hanoi, Vietnam.

Globally, group net revenues for the first half of fiscal 2015 amounted to just over EUR1.82 billion, up by 4.2 percent compared to the same period of last year at current exchange rates and down by 5.9 percent at constant exchange rates. Group net income for the three months to July 31 was approximately EUR131.22 million, a decrease of 7.3 percent compared to the EUR141.62 million achieved in the year-prior period.

“Dilution in profitability was caused by the negative operational leverage, especially at selling expenses level and in advertising and communication expenses, mainly for a concentration of spending in the early months of the current year,” said the company.

“Landlords are tough but they cannot be unreasonable for ever,” he said. “I don’t think they really want big names to shut down their shops.”

The aggregate value of retail sales in Macau fell to MOP14.26 billion (US$1.8 billion) in the second quarter of this year, a tally 13 percent lower than the prior-year period, according to official data. Sales of watches, clocks and jewellery – items popular among mainland visitors to Macau – were down 29 percent from the prior-year period.

The Prada group has just over 600 stores globally, of which 94 are in Greater China. The Hong Kong-listed group said it does not plan to shut stores in China.

The imminent return of package tours from mainland China will not only help boost Macau’s tourism businesses, but is also expected to help casinos gain more foot traffic in their mass gaming... END_OF_DOCUMENT_TOKEN_TO_BE_REPLACED