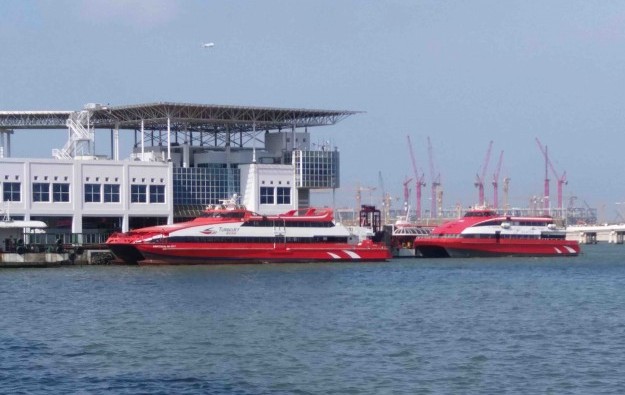 Hong Kong Chief Executive Carrie Lam Cheng Yuet-ngor announced on Monday that almost all of the city’s border crossings would be closed, including the Hong Kong-Macau Ferry Terminal. Effective from Tuesday, all ferry services between Macau and Hong Kong – including to that city’s airport – have been suspended until further notice, confirmed the Macau government in a Monday written announcement.

The Hong Kong-Zhuhai-Macau Bridge is the only border crossing currently in operation between Macau and Hong Kong. In a Monday press conference, the Hong Kong Chief Executive said additionally that the Shenzhen Bay Port and the city’s international airport would also remain opened.

The Hong Kong leader announced the latest closure of the city’s borders with mainland China but still stopped short of the total shutdown demanded by public hospital workers who vowed to escalate a strike they began on Monday.

The latest measures were aimed at preventing the spread of a newly-identified coronavirus, said Hong Kong’s leader, as the city confirmed its first case of human-to-human infection. The Hong Kong Centre for Health Protection said the city’s 15th case, confirmed on Sunday, was a woman that had been infected through close contact with her son.

Macau confirmed on Sunday a new case of novel coronavirus infection – classified as “imported” because although involving a 64-year-old local woman, the person had been on a trip to Guangdong province previously. A further case involving a 29-year old local woman was confirmed in a government press release on Tuesday morning, taking to nine the tally of such cases recorded in the city.

China’s National Health Commission said on Tuesday morning there were more than 20,400 confirmed cases within the country as a whole, and that the national death toll stood at 425. Sunday saw the first confirmed fatality outside China, in the Philippines – a Chinese man from Wuhan, a city in the mainland’s Hubei province identified as the epicentre of the coronavirus.