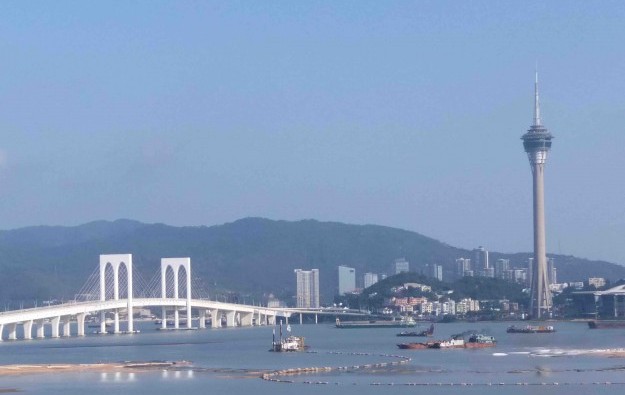 Macau could receive “14 million” tourist arrivals from mainland China and Hong Kong in 2021, estimates the Macau government. That was the figure the local authorities used in their already-released forecast of 2021 casino gross gaming revenue (GGR) reaching MOP130 billion (US$16.28 billion) for the same fiscal year.

The estimated 2021 visitor tally emerged on Wednesday as part of Macau’s 2021 fiscal budget plan presented to the city’s Legislative Assembly.

Macau’s take from the 35 percent gaming tax directly levied on GGR is expected to reach MOP45.5 billion, while the government also expects to collect MOP210 million in taxes on commissions paid by casino operators to junkets.

Currently, anyone wishing to visit Macau via Hong Kong, must have a Covid-19 test certificate issued within 24 hours of arrival, and, even then, must undergo a 14-day quarantine.

Macau’s Secretary for Economy and Finance Lei Wai Nong had said in early November that Macau casinos could reach MOP350 million in average daily revenue (ADR) in 2021, if travel ties with Hong Kong were eased by mid-2021.

This assumption has also been mentioned in the Macau government’s explanation document for the 2021 fiscal budget plan.

“In 2003 when Severe Acute Respiratory Syndrome (SARS) hit [the region], mainland China had not yet implemented the Individual Visit Scheme [IVS] for trips to Macau,” said the government commentary in the budget document, referring to an exit visa system operated by mainland China for independent travellers.

Prior to IVS being introduced, “Macau’s gaming revenue had been mainly dependent on Hong Kong travellers and the average daily gross gaming revenue was approximately MOP80 million,” the Macau government noted in the 2021 budget document.

“According to estimates from Macao Government Tourism Office (MGTO); the Statistics and Census Service; and the Gaming Inspection and Coordination Bureau, the tourist arrivals from mainland China and Hong Kong are expected to reach 14 million for next year…” the document cited the Macau government as stating.

It added: “As long as mainland China and Hong Kong tourists are coming into Macau [during 2021], an average daily gross gaming revenue at MOP350 million should be achievable. And subsequently, we have forecast the Macao SAR’s gross gaming revenue for next year to be MOP130 billion.”

Even under those circumstances, the city would face a fiscal deficit in 2021, as the impact of the Covid-19 pandemic on the local economy would be not “diminish within a short time” and economic recovery would be a “long process”, the Macau government noted in its fiscal plan for 2021.

Macau’s annual visitor-arrival tally for this year was expected to be below 6 million, said MGTO director, Maria Helena de Senna Fernandes, last week. Around half of that would be from January alone, which recorded just above 2.8 million visitor arrivals.