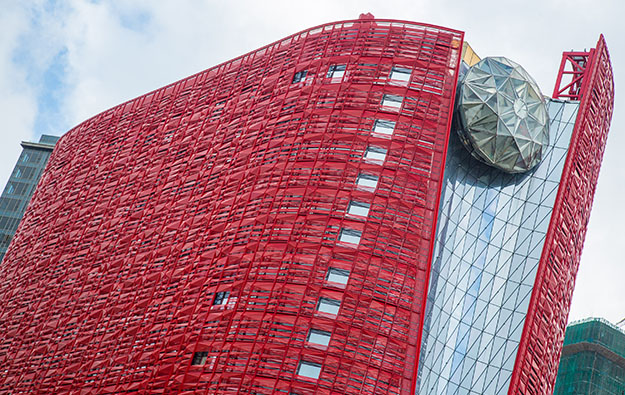 The promoter of The 13 Hotel in Macau, a venue that aspires to have a casino, says it has sold 24 Rolls-Royces to raise HKD24 million (about US$3.07 million) to reduce its debt.

In a 2014 filing to the Hong Stock Exchange, the corporate predecessor to South Shore Holdings Ltd had said it placed an order worth US$20 million for a fleet of 30 extended-wheelbase Rolls-Royce Phantoms.

Some examples it showed off after delivery had bodywork in a distinctive red colour, complementing the exterior of The 13 Hotel (pictured) and designed to be a distinctive marketing feature of the venue. The property was known previously as the Louis XIII.

South Shore Holdings Ltd, told the Hong Kong bourse on Wednesday that the cars sold were extended-wheelbase Rolls-Royce Phantoms belonging to a subsidiary, The 13 Assets Ltd.

South Shore said another subsidiary, Ocean Wonder Investments Ltd, had agreed to sell the vehicles to a person called Cai Yanping, and that the deal had been completed.

South Shore said it would use the HKD24 million raised to repay bank-loaned money, so helping reduce its debt.

In 2014 South Shore placed the biggest-ever single order for Rolls-Royces, meant to transport patrons of The 13 Hotel. The accommodation facility opened in August 2018.

South Shore has said in a filing it intends if possible to turn the hotel into a casino hotel. The Macau government has said it has not received a request for a casino on that site.