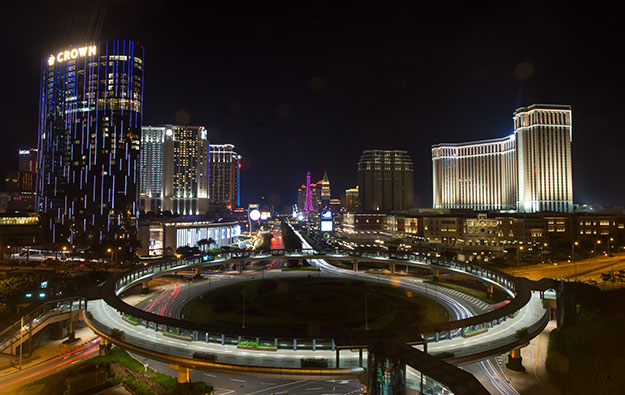 The hotels in Macau are expected to resume normal operations in early September, as they recover from the impact of Typhoon Hato, says Chan Chi Kit, the president of the Macau Hoteliers and Innkeepers Association.

The tropical cyclone struck Macau on Wednesday morning, with wind speeds of more than 200 kilometres per hour (124 mph), according to the city’s weather bureau. It brought damage to some Macau casino resorts and some of the city’s hotels.

“The hotels here sustained some quite serious damage. Some windows were broken. So, with fewer travellers coming, it helps to relieve the pressure on the hotels”, Mr Chan told GGRAsia.

According to analysts, several local casino resorts, including Sands Macao of gaming operator Sands China Ltd, and the Grand Lisboa and Hotel Lisboa of SJM Holdings Ltd, suspended their hotel and gaming operations for a period of time in the aftermath of the typhoon, due to power and water shortages.

In terms of impact on hotel occupancy, Mr Chan said while he did not have a concrete figure, he estimated that the suspension of the tour groups to Macau could affect up to 6,000 hotel rooms per day until August 30.

“If we consider that, on average, there were almost 300 tour groups coming to Macau each day [during the peak season], and with about 30 to 40 people in each group, there would be up to 12,000 tourists [affected by the suspension]. If we assume two people in each hotel room, that means the occupancy of 6,000 rooms could be affected,” Mr Chan said.

Nonetheless, Mr Chan said the typhoon and the suspension of tour groups should only have a short-term impact on the local tourism industry.

“I expect that the hotels in Macau will resume normal operations in early September,” he said.

“The city’s attractions are still here, so visitors will come [again to Macau]. Besides, it’s already the end of the summer holiday, so many people are done travelling and are preparing for the new school year,” he added.

Andy Wu Keng Kuong, president of the Macau Travel Industry Council, also agreed that the typhoon and the suspension of tour groups would not have a long-term impact on Macau’s hospitality industry.

He pointed out that the typhoon did not only cause damages to the city’s hotels and casino resorts, as well as disrupting their operations, it also hindered the hotels’ suppliers.

“The supply of fresh towels and linen was seriously disrupted in the aftermath of the typhoon. This affected the operations of the hotels,” Mr Wu told us.

GGRAsia visited several casino properties in the central district of the Macau peninsula on Monday. While all of them appeared to be operating normally, the foot traffic seemed to be lower than what is usual for a holiday period.

Several brokerages suggest that – following Typhoon Hato – year-on-year growth in August gross gaming revenue (GGR) is likely to be affected by between several hundred basis points and up to 600 basis points, although they stressed the number could go higher depending on the length of disruption.

Macau’s unemployment rate, and the resulting social pressure, could potentially result in “instability” regarding the city’s security, said the Office of the Secretary for Security in... END_OF_DOCUMENT_TOKEN_TO_BE_REPLACED