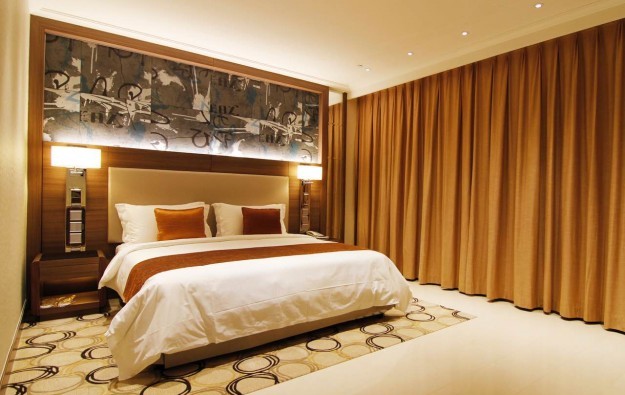 The number of hotel guests in Macau rose 1.9 percent year-on-year, to just over 5.8 million in the first five months of 2019, according to data released on Friday by the city’s Statistics and Census Service.

The average occupancy rate of hotels and guest houses rose by 1.4 percentage points to 91.4 percent during the same period. The average length of stay of guests “held steady” at 1.5 nights, said the statistics bureau.

Nearly one-third of Macau’s overnight visitors during the period did not use either a guest house or a hotel, the bureau added.

Based on precedent and anecdote, a portion of overnight visitors to Macau – especially people from neighbouring Hong Kong – are thought to forego the cost of hotel accommodation, preferring to spend their night in a casino before going home the next morning.

In May specifically, a total of nearly 1.16 million guests checked into Macau hotels or guest houses, a decline of by 1.7 percent judged year-on-year.

In May the combined average occupancy rate of hotels and guest houses rose by 1.1 percentage points year-on-year to 90.1 percent.

The average length of stay of guests shortened by 0.1 night year-on-year in May, to 1.4 nights, said the statistics bureau.

The number of available hotel and guest house rooms in the Macau market rose 2.6 percent year-on-year during the first five months of the year, to 39,000.

The tally of five-star rooms rose by 3.8 percent on an annual basis, to 25,000, representing just over six out of every 10 licensed rooms available in the market.

There were 119 hotels and guest houses operating at the end of May 2019, an increase of four venues compared to the prior-year period, according to the statistics bureau.

Macau’s casino gross gaming revenue (GGR) for the first five days of February is estimated at MOP1.9 billion (US$235.1 million) – or MOP380 million per day – a level that suggests a “45... END_OF_DOCUMENT_TOKEN_TO_BE_REPLACED