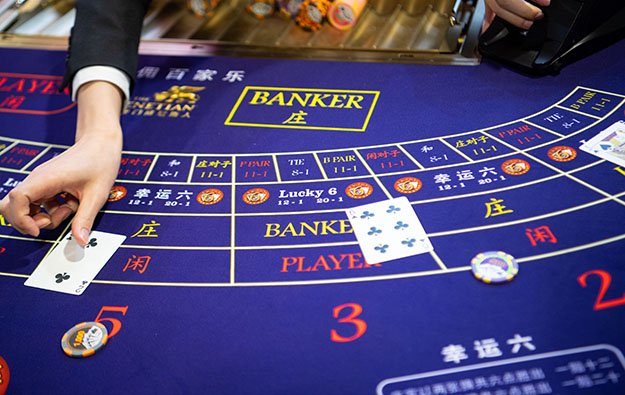 Macau’s casino gross gaming revenue (GGR) performance could see a downward trend in the second half of this year due to several Macau and China-related political events and uncertainty in the world’s economic outlook, said several industry insiders.

One of them was Andrew Lo Kai Bong, executive director at Hong Kong-listed Suncity Group Holdings Ltd, in comments to media on the sidelines of the firm’s annual general meeting in Hong Kong on Friday. The entity is linked to privately-held junket brand Suncity Group, said by investment analysts to be the largest single contributor to VIP gambling volume in the Macau market.

Mr Lo was cited by several Chinese-language media outlets as estimating a negative performance for Macau’s 2019 full-year GGR, with the casino gaming revenue trend market-wide to “get worse” in the second half of this year.

Several political events: the process expected later this year to choose a new chief executive for Macau; the 20th anniversary of Macau’s handover to China; and the 70th Anniversary of the founding of the People’s Republic of China; could dampen the city’s gaming performance in the second half of this year, Mr Lo noted. This was understood to be on the basis that when political events were in play, high-value Chinese players might shy away from gambling in Macau.

Macau’s VIP gaming business would in particular see a downward trend for the rest of this year, but it would not be likely to produce the kind of slump “as in 2015”, said Mr Lo. This was on the basis that the city’s junket operators had made changes in terms of risk management and their respective business models since then, Mr Lo was also cited by media reports as saying.

In a June 5 note, banking group Morgan Stanley had raised its mass-market gambling growth expectation for 2019 regarding Macau from 7 percent year-on-year to 10 percent, but cut its VIP performance estimate from -6 percent year-on-year to -14 percent. The adjustment meant Morgan Stanley’s overall forecast for Macau 2019 GGR went from 1 percent growth to -1 percent contraction.

Morgan Stanley had also highlighted in its note regarding revision of Macau 2019 earnings, a number of specific local risks. They included that a reduction in the value of China’s currency on world markets – amid trade tensions between the U.S. and China – might lead to a fall in the spending power of Chinese gamblers and consumers.

At another annual general meeting in Hong Kong on Friday, Macau satellite casino investor Success Universe Group Ltd – which helps promote the Ponte 16 casino resort in Macau’s Inner Harbour district, via the gaming licence of its business parter in the resort, SJM Holdings Ltd – also gave some commentary on the second-half performance of the city’s gambling market.

VIP gaming business in Macau had been “worse than expected” in the first half of this year, said Hoffman Ma Ho Man, Success Universe’s deputy chairman and executive director. He attributed it to a fall in the number of visiting VIP gaming patrons linked to consumer confidence and the trade war.

Ponte 16 had been cautious about increasing hotel room rates for the summer period at Sofitel Macau, the resort’s hotel, Mr Ma noted. He said the average hotel room rates at Ponte 16 during May and June had increased by “only 2 to 3 percent” year-on-year, as compared to the bigger increment of “6 to 8 percent” year-on-year for the Chinese New Year period in February.

The Success Universe executive was cited in media reports as saying that the firm would remain focused on the mass gaming segment at Ponte 16, and was confident that it would see “stable growth”.

Paradise Co Ltd, an operator of foreigner-only casinos in South Korea, reported casino revenue of nearly KRW48.65 billion (US$39.8 million) for January 2023, according to a Thursday filing to the... END_OF_DOCUMENT_TOKEN_TO_BE_REPLACED