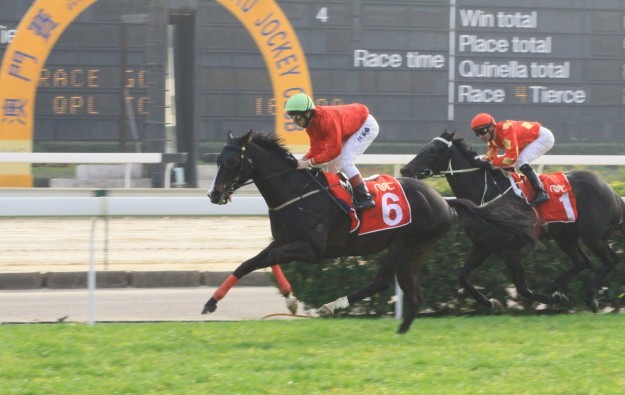 The Macau Horse Racing Co Ltd, which runs the Macau Jockey Club, aims to have its monopoly on horse racing betting extended.

The firm stated in its 2014 annual report, published Wednesday in Macau’s Official Gazette, that it was preparing to put forward such a proposal to the Macau government.

The firm’s current contract expires on August 31. The Macau Horse Racing Co has held the monopoly on horse racing betting since 1978.

The firm last year posted a loss of MOP51.2 million (US$6.4 million), according to its annual report. Management did not provide a commentary on the reasons for the negative results. The company had reported an annual loss of MOP41.4 million for 2013.

By the end of last year, it had accumulated losses of about MOP3.88 billion.

Gross revenue from horse racing betting in Macau dropped by 16.2 percent in 2014 to MOP306 million, data from the city’s gaming regulator, the Gaming Inspection and Coordination Bureau, show. Betting volumes contracted by 16.7 percent during the period, to MOP1.57 billion.

Within the perimeter of the horse racing facility, there is a casino licensed by SJM Holdings.

Paradise Co Ltd, an operator of foreigner-only casinos in South Korea, reported casino revenue of nearly KRW48.65 billion (US$39.8 million) for January 2023, according to a Thursday filing to the... END_OF_DOCUMENT_TOKEN_TO_BE_REPLACED