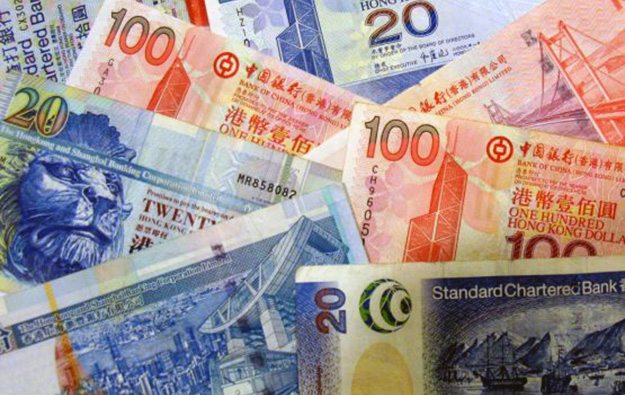 Bad debt in the Macau junket segment – i.e. money owed by VIP players in relation to gambling credit and not paid back within a pre-arranged period – “far exceeds” HKD30 billion (US$3.9 billion), said Kwok Chi Chung, president of the Association of Gaming and Entertainment Promoters.

He indicated some bad debt was associated with junket businesses no longer in the Macau market.

“Counting the peak at 230 junkets [in the Macau market] in 2013… on average each one of them had HKD200 million of bad debt… [so] that would amount [Macau-wide] to HKD46 billion of bad debt. And this amount is already a very conservative estimate, not to mention the bad debts of the sub-agents,” stated Mr Kwok.

He added: “Some small [junket] operators with only five or six gaming tables, their outstanding bad debt even amounted to over HKD1 billion [per junket].”

The junket sector representative was speaking on the sidelines of the recent Global Gaming Expo (G2E) Asia 2016 casino industry trade show and conference in Macau. His comments were reported on Monday by Chinese-language media in Hong Kong.

Mr Kwok says his group represents some of the largest junket brands in the Macau market.

A report in April on the Macau VIP gambling market by brokerage Daiwa Securities Group Inc had estimated that the sector had HKD30-billion in what it referred to as “healthy” bad debt. But Daiwa noted that figure excluded receivables related to what it termed “side-betting” – understood to be a reference to what is known in the local industry as the ‘multiplier’ – as well as to aged and what Daiwa referred to as “bad” bad debts. The brokerage added the HKD30 billion figure was “a very conservative estimate”.

With the ‘multiplier’, the player and a junket representative reach a secret agreement that the value of the bet declared ‘on the table’ should be multiplied by a certain number of times in the form of an ‘under the table’ wager.

The Macau government’s recently published “mid-term” review report of the local casino industry mentioned the possibility of using undercover investigators to combat what the report referred to as “side betting”. The move has been welcomed by Mr Kwok and others in the junket segment.

On May 6, the Macau government already had announced that the use of telephones by those sitting at VIP gambling tables would be banned with effect from May 9.

Use of telephones at tableside can facilitate what is known in the industry as “proxy betting” whereby a gambler not physically present in the gaming room can communicate via telephone or other digital device to instruct a “proxy” sitting at the table – usually a junket representative – to make a bet on the person’s behalf.

In a note on May 16, Daiwa said it estimated that proxy betting’s contribution to overall Macau VIP betting volume had grown year-on-year in 2015.

Daiwa had said that – based on conversations with junkets and other industry participants – it thought phone betting had grown about 15 percent year-on-year in 2015, to account for approximately 20 percent of junket gaming volume in Macau that year, compared to 8 percent to 10 percent in 2014.

In comments to GGRAsia published on May 10, Mr Kwok had said that the de facto proxy betting ban would translate into a 10 percent year-on-year decline regarding sector-wide monthly turnover for junkets in Macau.

Monthly casino gross gaming revenue (GGR) in Macau has fallen year-on-year for 23 months in a row. In May the GGR decline trend is likely to reach a two-year milestone, say several investment analysts, although they also see some stabilisation in GGR when the numbers are judged month-on-month.

“According to our industry sources, based on the most recent week’s play, GGR in Macau for the month of May is tracking down approximately 10 percent year-on-year but up 5 percent month-on-month,” said David Katz and Brian Davis of Telsey Advisory Group LLC in a note on Monday.

“Month-to-date average daily revenue is approximately MOP636 million [US$79.5 million] which continues the path of market stabilisation and recovery (in addition to some seasonality strength),” said a Monday note from Vitaly Umansky, Simon Zhang and Clifford Kurz from brokerage Sanford C. Bernstein Ltd in Hong Kong.