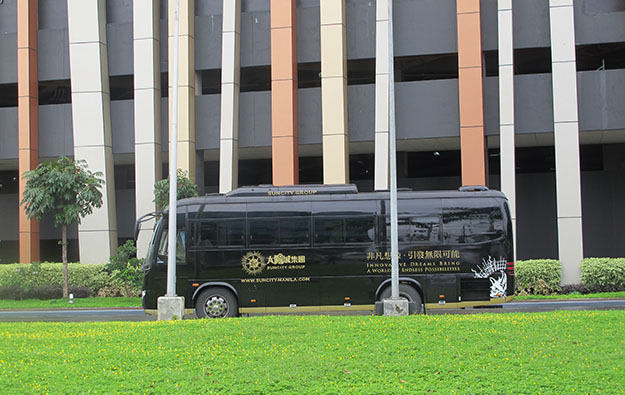 Junket brands that have made their names by managing Chinese VIP players in the Macau casino market are now seeing their high-roller business overseas growing at a faster rate than in the core market.

That is a suggestion from analysts at the Morgan Stanley banking group, following a visit to Macau on Thursday.

“We met concessionaires, junket operators and 20-plus investors on February 21,” said analysts Praveen Choudhary and Jeremy An of Morgan Stanley Asia Ltd in a memo the same day.

“For the junket operators we met, overseas business is growing faster than Macau, but not at the expense of Macau,” the analysts further noted.

“Growth is mainly coming from the Philippines, Vietnam and Cambodia, while [South] Korea and Australia are not doing so well,” they observed.

A number of Macau junket investors – including Suncity Group – are reported to be involved in regional markets such as the Philippines.

Several Macau junkets also either have a presence – or will be opening facilities shortly – at the NagaWorld resort complex which includes the Naga 2 extension. The resort is in Phnom Penh, Cambodia, and is operated by Hong Kong-listed NagaCorp Ltd.

NagaCorp stated earlier this month it expected “all top four Macau mega junkets” would have operations at Naga2 by 2019. NagaCorp did not identify the four junket operators it was referring to, but added that Suncity Group’s operation at Naga2 would “be moved to a larger and more desirable location in the first quarter of 2019”. Macau-based junket operator Guangdong Group confirmed to GGRAsia last month that it was expanding its VIP gaming service to Naga 2.

Earlier this month, Tak Chun Group, another leading Macau investor in gambling junkets, announced it was preparing to open a VIP gaming club at the NagaWorld casino resort complex in “mid-Feburary”. The announcement did not clarify if the new club was in the original NagaWorld building or Naga 2 nearby.

Data issued this week by the Philippine casino regulator, the Philippine Amusement and Gaming Corp (Pagcor) indicated that gross gaming revenue (GGR) generated by the country’s casino junket segment stood at PHP51.94 billion (US$995.4 million) for full-year 2018, representing a 24.4 percent year-on-year increase, and accounting for 27.7 percent of total casino GGR for the period.

Suncity Group Holdings Ltd, a Hong Kong-listed vehicle controlled by Alvin Chau Cheok Wa, the leader of the privately-held Suncity Group, recently told GGRAsia that Hoiana – a Vietnam casino scheme in which it is investing – was likely to have an initial-phase launch in October. On Thursday the Suncity brand’s listco announced a memo for cooperation with South Korean foreigner-only casino operator Paradise Co Ltd, covering the latter’s resort in Busan.

Morgan Stanley mentioned in its Thursday note that, in Macau, casino resort Wynn Palace run by Wynn Macau Ltd, “continues to be the top place for VIP gaming”. In addition, at the neighbouring City of Dreams run by Melco Resorts and Entertainment Ltd, the new junket area was “getting good reviews”, said Morgan Stanley.

The new VIP gaming area at City of Dreams is located on the second floor. In a conference call with investment analysts earlier this week, Melco Resorts’ management provided some more details on the revamped space.

“We’ve increased the size of the space and created a lot more private rooms for our various junket operations,” City of Dreams Macau property president David Sisk said at the time. “We’ve got probably five of the junkets open in those spaces now. There’s some other junkets that will trail along as we get towards into the second quarter here.”

Regarding specifically Wynn Macau Ltd’s performance in the Macau gambling market, Morgan Stanley said in its Thursday note that some “choppiness” or “volatility” extending from that seen in the fourth quarter. Credit Suisse AG also recently referred to “choppy” casino GGR market-wide in Macau for the first two months of 2019.

Morgan Stanley said in its assessment of the broader Macau performance issue: “VIP volume was down more than 15 percent in January and is flattish in February so far, but over the last six months, many mid-sized junkets have closed down.”

“Mass growth has been better than VIP with minimum bets visibly high at most of the casinos,” added Messrs Choudhary and An.

A casino cruise brand reportedly controlled by Malaysian entrepreneur Lim Kok Thay is to launch services from Singapore fewer than five months after the Lim family-founded Dream Cruises brand of the... END_OF_DOCUMENT_TOKEN_TO_BE_REPLACED