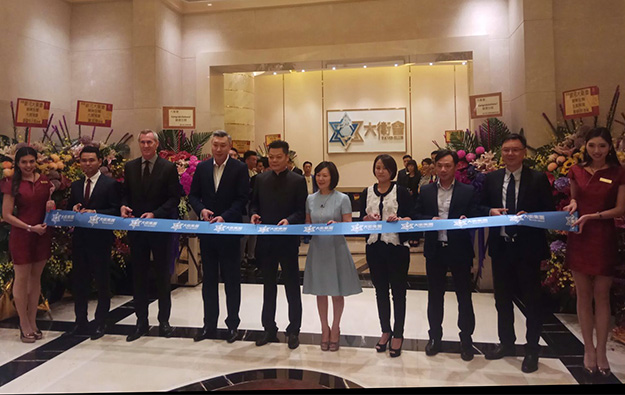 Macau junket investment firm David Group held on Tuesday a launch ceremony (pictured) for its VIP gaming area at Galaxy Entertainment Group Ltd’s Galaxy Macau casino resort, after what the junket business termed a two-month trial run. A David Group spokesperson added in comments to GGRAsia that it was still looking to expand its business domestically and overseas.

David Group is running a total of 10 gaming tables in the second phase of Galaxy Macau. Six of them are in individual private rooms in that part of the property, according to our observation of the arrangements. The venture is the third new-to-market VIP facility that David Group has launched so far in the Macau market this year. It inaugurated a new VIP club at Studio City in May and launched one at the Macau Roosevelt Hotel in July.

David Group – once described as one of Macau’s top-six VIP gaming promoters measured by monthly chip roll – had scaled back its Macau operations in January 2015. But a spokesperson said its Macau “comeback” started with the return of a junket operation to Wynn Macau, the peninsula property of Wynn Macau Ltd, at the beginning of this year.

“We are optimistic regarding the Macau market because we have seen an improved economy not only here, but in mainland China as well. We do hope for a further expansion of our business, including looking to launch VIP gaming operations at MGM Cotai once it opens,” said the David Group spokesperson.

David Group is also looking to provide overseas VIP gaming and tourism services to its clients, according to the firm’s spokesperson.

“We are in negotiation over some cooperation with VIP gaming clubs and casinos overseas, such as in the Philippines… Our main purpose is to provide diversified entertainment options for our clients,” the spokesperson noted.