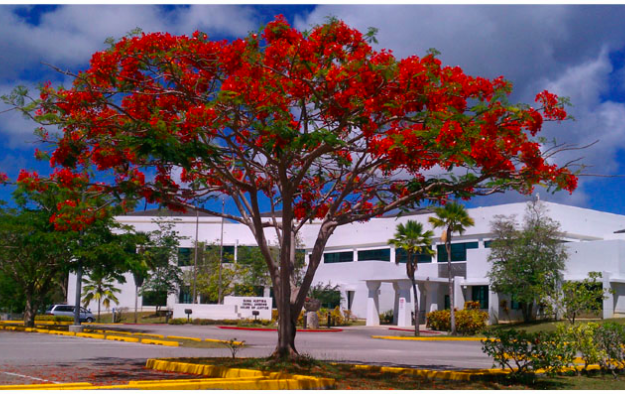 A Macau junket investor’s shares rose 14.52 percent in Hong Kong on Friday after a legal bid to block it or anyone else from applying for a casino licence on the Pacific island of Saipan was rejected by a judge.

Marianas Stars Entertainment Inc – the other bidder for the Saipan licence – had initially asked the local court (pictured) for a temporary restraining order on the licensing process after making serious allegations – strongly denied – against Best Sunshine.

The temporary restraining order – preventing the Saipan authorities from either granting or denying a licence to either party – was granted a fortnight ago. Marianas Stars then escalated to a request for a preliminary injunction, but that was denied on Thursday.

Superior Court Associate Judge David A. Wiseman sitting in Saipan on Thursday ruled that the public interest was best served by letting the application process play out. That way the government and its officials would have an opportunity to assess whether either applicant meets the necessary criteria for licensing, he said.

A preliminary injunction would have had the effect of freezing the entire licensing process. The government of the Commonwealth of the Northern Mariana Islands (CNMI) – a U.S. Pacific territory including Saipan – and its Lottery Commission –had hoped to conclude the licensing phase last month.

Marianas Stars has accused Best Sunshine of “improperly and illegally” providing “significant benefits to at least four CNMI senators in order to cause them to support passage of the Casino Law”, according to a court document seen by GGRAsia. Best Sunshine and its parent strongly deny any wrongdoing and say they are taking legal advice on how to counter the allegations.

Imperial Pacific said in a filing to the Hong Kong Stock Exchange on Thursday: “The company will, as and when appropriate, comply with all relevant requirements, and where necessary, make further announcement(s) in accordance with the [Hong Kong] Listing Rules if there is any further development in relation to the application.”

Imperial Pacific – formerly known as First Natural Foods Holdings Ltd – had suspended trade in its shares at 3.14pm on Thursday, but asked for the halt to be lifted in time for the start of trade on Friday.

Most of Macau’s casino operators are likely to generate positive free cash flow in the first quarter, given the robust recovery level of mass-market gross gaming revenue (GGR) in January, relative... END_OF_DOCUMENT_TOKEN_TO_BE_REPLACED