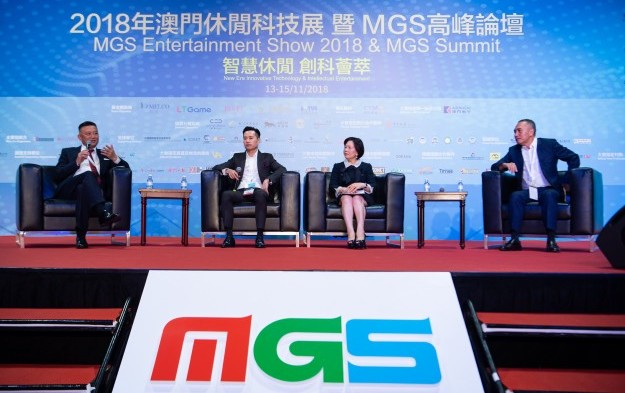 Representatives from two of Macau’s junket operators – Tak Chun Group and David Group – say a plateauing of the city’s aggregate VIP gaming earnings for 2019 would probably be the industry’s best hope.

The VIP gaming industry in Macau was “very much subject to the influence of macroeconomic factors” stemming from the supporting mainland China economy, said Mr Chan.

“For next year, it would already be great if VIP business growth could plateau,” Mr Chan told conference delegates. This was also the view of the David Group executive.

Speaking to GGRAsia on the sidelines of the conference, David Group’s Ms Weena said her business had already seen its VIP gaming earnings in Macau “flat” for the past two months.

She said the group had also seen slower growth recently in its gaming earnings in other Asian markets – such as the Philippines – where many of her firm’s patrons are from mainland China.

“As mentioned in the conference, we see now too many uncertainties surrounding the China-United States trade war… we are not very optimistic about the market,” the David Group executive remarked to us.

Depreciation of China’s currency, the yuan, versus the U.S. dollar had also affected either high-roller spending power, or the frequency of VIPs’ trips to Macau, Ms Weena said. The Hong Kong dollar is the main currency denomination for Macau casino bets, and in valuation terms is pegged against the U.S. dollar.

To respond to these challenges, the David Group executive said her firm had been more cautious in extending credit to its gaming patrons.

But Macau remained “the most important” market for VIP gaming business for David Group, despite the fact it had become “saturated” and had come under increasingly “stringent” oversight by the city’s gaming regulator, Ms Weena had said during the conference session.

VIP gaming business in Macau had become “more regulated than before,” meaning it was harder to broaden such business locally.

Tak Chun Group’s latest expansion in the Macau market is its 17th VIP club, housed inside MGM Cotai. The club was launched earlier this month.

“We have been working on our overseas markets and expanding our VIP rooms to respond to the competition we face,” he stated. Outside Macau, Tak Chun opened a VIP club at casino resort Okada Manila in the Philippines in March. In April the junket group launched a VIP club at the casino inside the Crowne Plaza Danang resort in Vietnam.

During the conference panel, a plan to track credit issued to individual Macau VIP gaming patrons was discussed. The context was junket operators’ concerns over VIP play-related bad debt. The plan, which is a project referred as a “central credit database”, has been prepared by a junket-sector trade body, the Macau Association of Gaming and Entertainment Promoters.

“There are some [junket] firms whose clients do not want their information to be shared in such a platform……” said Tak Chun’s Mr Chan. “But it would be good if there was a database where the [junket] industry could view internally the bad debt records of some clients,” he added.

Kwok Chi Chung, president of the association and one of the members of that conference panel, said the plan of the credit database was on hold as it had yet to get a response from Macau’s Personal Data Protection Office. The latter has previously cited privacy-related legal issues as a barrier to the formal sharing of information on credit risk among Macau casino players.