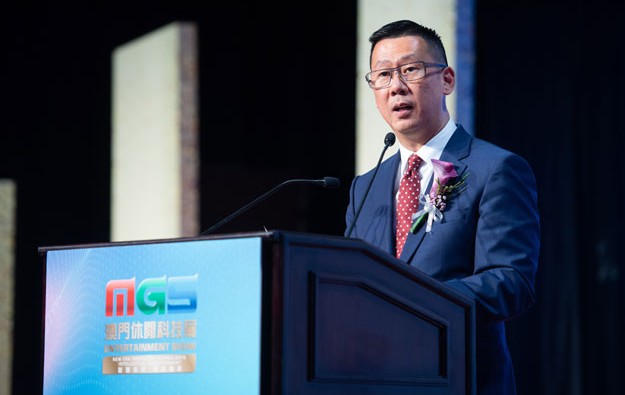 Paulo Martins Chan (pictured), the director of Macau’s Gaming Inspection and Coordination Bureau – a body also known by its Portuguese acronym DICJ – says the junkets currently in the Macau market are now “more capable” in terms of management and operations.

“There were once more than 200 junket operators and now, we have only 109 [gaming] promoters,” said Mr Chan, using the local term for those entities licensed by the Macau government for involvement in VIP gambling business.

“We can say that the ones left [in the market] are rather capable, in terms of financial [means], management and operations, which contributes to maintain the healthy development of the [Macau gaming] industry,” he added.

Mr Chan’s remarks were made during a panel discussion at MGS Entertainment Show 2018. The three-day trade show and conference – focused on the Asian gaming industry – runs until Thursday at the Venetian Macao casino resort.

Data published in January by Macau’s gaming regulator showed there were 109 licensed junkets in the market, a 13.5-percent fall from the 126 operating in January 2017. The year-on-year shrinkage in the sector marked the fifth consecutive year this has happened. In January 2013, Macau had a total of 235 licensed junkets, according to official data.

The Macau gaming regulator began implementing from 2015 stricter operating rules for the junket operators, including a general audit of the licensed gaming promoters.

In his Tuesday remarks, Mr Chan said the regulator inspects several matters related to junket operators. “In our inspections, we can see that the junkets have been improving their management, including their accounting systems, which meets our development guidelines,” he stated.

Mr Chan said in December that an amendment bill set to regulate the city’s junkets would enter the legislation process in 2018. The details of such bill are yet to be announced, but the DICJ has revealed some of the topics that were discussed in meetings with junket industry representatives in this respect.

The Macau government has said it plans to amend the existing framework gaming law, so that the legislation keeps up with the development of the industry. “We need to make amendments [to the law] to make sure that the industry remains safe and healthy,” noted Mr Chan during Tuesday’s discussion. But he disclosed little regarding the amendments being considered by the government.

The DICJ director was also non-committal when asked if SJM Holdings Ltd and MGM China Holdings Ltd – two of Macau’s current six operators with rights due to expire in 2020 – would be given extensions until 2022 when the other four current licences expire.

Starting from Friday (July 8), two more hotels at major Macau casino resorts will be used for Covid-19 quarantine purposes. It will double the number of large gaming-resort hotels on Cotai that are... END_OF_DOCUMENT_TOKEN_TO_BE_REPLACED