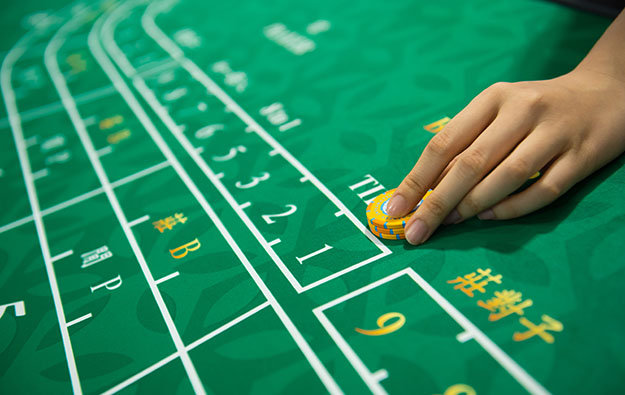 Macau’s junket sector is supportive of a recent proposal by local legislators which would see junket staff added to a list of local gaming workers to be barred from visiting the city’s casino floors when off duty.

So said on Wednesday Ho Ion Sang, in comments to GGRAsia. Mr Ho is chairman of a Legislative Assembly sub-committee examining the draft bill covering the matter.

Some concern had been expressed to GGRAsia that it would be hard to enforce regarding the VIP sector for a number of reasons. They included the fact that many such workers are effectively on round-the-clock standby to cater for the needs of well-heeled gamblers that sometimes roll the equivalent of millions of Hong Kong dollars per trip to the city. Another issue of concern was whether so-called sub-agents or junket associates – people not on a junket investor’s payroll but nonetheless actively associated with the sector – would be covered by the ban.

“The government said that the [junket] representatives are basically supportive of the ban covering their workers, in order to protect employees from being too exposed to the gambling environment and in order to promote responsible gambling,” Mr Ho told us.

On Tuesday the sub-committee had talks with Paulo Martins Chan, the director of the local casino regulator, the Gaming Inspection and Coordination Bureau, and some other bureau officials, on how such a junket worker out-of-hours ban could be enforced.

Mr Ho noted to us that the government had already consulted some junket sector representatives, including some associations of this sector.The proposal was an amendment to the legislation announced in June by the government.

“So far our discussion was only about extending the ban to the workers that are under an employment contract with the junket firms,” Mr Ho noted to us.

“But whether those that work with the junket firms under a collaboration term or a service purchase agreement will also be covered by the bill, it is yet to be clarified in our next discussions [with the government],” he added.

The legislators on the sub-committee would also be briefed by the government at the next meeting of the body, regarding the number of contracted junket employees that would possibly affected by the draft bill, Mr Ho added.

According to the draft legislation, some staff that are hired by the casino operators and not directly involved with gaming operations – including cage staff, food and beverage outlet workers, cleaners and those connected to surveillance operations – are also included in the ban, alongside gaming workers.

The total number of casino concessionaire workers – including gaming staff but excluding the junket sector – to be covered by the out-of-hours exclusion measure totalled “about 46,000,” Mr Ho noted to us, citing the latest statistics mentioned to his sub-committee by the government.

The local government’s bill envisages Macau casino workers being allowed to gamble in local casinos only on the first three days of the annual Chinese New Year holiday period. Casino workers would also be permitted to step onto gaming floors outside work hours if it were related to “learning” – understood to be a reference to professional training or education – or if “participating in an association’s event”. The meaning of the latter phrase is yet to be clarified.

According to the bill, the city’s gaming regulator can only inform the data relating to individuals that are barred by a court decision or a definitive administrative decision from entering casinos to the gaming concessionaires or other public entities.

“Other than that, I don’t think the concessionaires are allowed to share data of their workers among themselves,” Mr Ho told.

Zheng Anting, a directly-elected Macau legislator who has ties to the local junket sector, remarked to GGRAsia that he was supportive of the general direction of the bill and the latest proposal to extend the ban to junket firms’ workers. “But what we are concerned of is how those new rules will get implemented,” Mr Zheng said.

“Some of the VIP rooms’ workers, such as the [gaming] hosts, do not have fixed working hours – unlike the hosts that work on the mass gaming floors or the cashiers… VIP service is one that have to be available to patrons 24-hour, and there should be a clearer definition [in the bill] to the working hours,” Mr Zheng added.

In a press briefing that followed the Tuesday subcommittee meeting, Mr Ho was asked about the enforcement issue a applicable to junket workers.

“If there is any problems, the superiors [of the junket employees] must issue a statement saying that the workers are on duty [on the gaming floor]. With this statement, there are no longer any problems regarding illegal entry of junket workers on casino floors,” Mr Ho had told reporters.

International casino operator Las Vegas Sands Corp has been ranked as the most sustainable firm in the global casino sector, according to the 2023 edition of the S&P Global Sustainability... END_OF_DOCUMENT_TOKEN_TO_BE_REPLACED