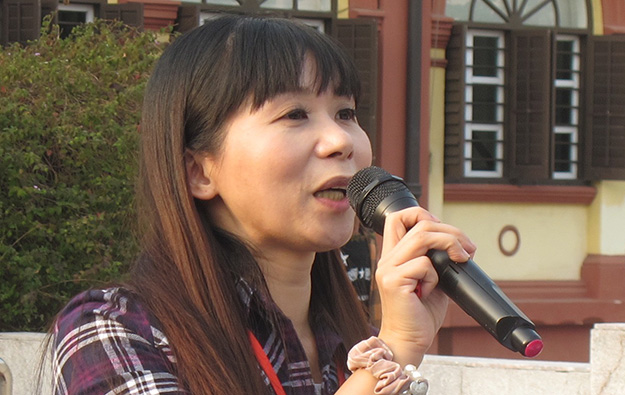 Approximately 1,000 people were said to have gathered in Macau on Sunday to protest against a new, voluntary scheme regarding enjoyment of public mandatory holidays. The scheme is being proposed by the local government as part of a wider revision to the city’s Labour Relations Law.

The attendance estimate came from the protest organiser, local activist group New Macau Gaming Staff Rights Association. The police estimated about 400 took part in the rally, according to local media.

It is unclear if all those protesting were workers in the gaming industry. The proposed new scheme is to be applied to all people in Macau working in the private sector.

Protesters demanded the new public holiday scheme to be dropped. The rally participants also called for Christmas to become a mandatory holiday and urged the government to increase the statutory minimum number of weekly rest days for workers from one to two days.

For historical and administrative reasons, Macau has a public holiday calendar that includes “non-mandatory” days as well as mandatory ones. Mandatory holidays usually include festivals important in Chinese culture, and are times when friends and family are also likely to be on leave.

As stipulated by the current terms of the Labour Relations Law, those employees paid by the month and that are required to work on a mandatory holiday should be entitled to receive an additional day’s basic remuneration on top of their monthly pay, plus a compensatory rest day designated by the employer within 30 days following the performance of work. Such compensatory leave can be substituted – by agreement with the relevant employer – for a day’s basic pay.

Several Macau gaming labour groups fear that, if the proposal is passed, workers could face pressure from their respective employers into agreeing to work on mandatory holidays. But Macau’s six casino operators reportedly pledged to the Macau government not to force employees into accepting the scheme.

Commenting on the casino operator pledge, the head of the New Macau Gaming Staff Rights Association, Cloee Chao (pictured in a file photo), said, as quoted by local Portuguese-language newspaper Jornal Tribuna de Macau: “Is it that the bill won’t be able to protect workers, and therefore the government must ask casinos to be become our protectors?”