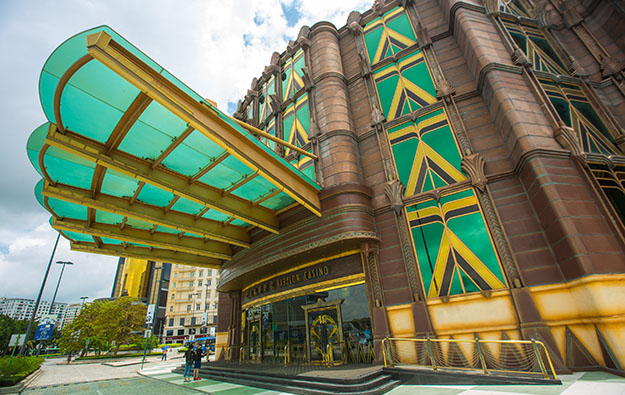 In a filing on Friday to the Hong Kong Stock Exchange, Macau Legend blamed the performance on a “significant decrease in revenue” linked to social distancing measures and travel restrictions imposed by government authorities in response to the Covid-19 pandemic. Such measures, the firm said, had “severely” affected “the tally of visitor arrivals to Macau and Laos during 2020”.

Macau Legend has additionally invested in the Savan Legend casino resort in Laos, which closed from April to mid-December due to the pandemic.

The firm’s directors decided there would be no interim dividend.

“Despite the adverse influence under Covid-19 pandemic, the group has been improving the existing operations in 2020. In Macau, the group has focused on upgrading dining and entertainment offerings at Macau Fisherman’s Wharf,” stated the company.

Macau Legend reported group-wide revenue of HKD700.7 million for 2020, down 70.3 percent from the previous year.

The group’s gaming revenue for the 12 months to December 31 fell 72.2 percent year-on-year, to HKD526.8 million, versus HKD1.90 billion in the prior-year period.

Macau Legend also mentioned an impairment loss of HKD797.1 million from its investment projects in Cambodia, Cape Verde, and Laos due to delays and “higher risk” caused by “the adverse economic impact of Covid-19 in the near future”.

The group’s adjusted earnings before interest, taxation, depreciation and amortisation (EBITDA) were negative by HKD429.3 million, compared to a positive result of HKD365.8 million in 2019.

The group said it had “adequate funds available to enable it to operate as a going concern for the 12 months from the end of the reporting period,” but added that it was prepared to “consider other financing arrangements, if necessary.”

The company stated it had “undertaken various mitigating measures to manage the current environment, including a cost control programme.” Staff costs fell by 30 percent year-on-year to HKD345.7 million as the payroll lost 391 employees.

Macau Legend expects its business and financial performance to benefit from a gradual increase in the number of tourists as travel restrictions between Macau and mainland China are relaxed.

In the final quarter of 2020, Macau recorded about 1.88 million visitor arrivals, up by 150 percent from the third quarter, according to Macau government data. A third of those were travelling under the Individual Visit Scheme, which had been paused in late January 2020 amid the pandemic, and only resumed across the mainland in late September.

In Cape Verde, Africa, the firm has completed the exterior architectural work of the office building. The foundations of a hotel and casino complex are “nearly completed” but the investment project is “currently being revisited.”

Macau Legend was looking to host a soft opening of the Cape Verde business in “late 2021”, according to its 2019 annual report filed to the Hong Kong bourse in late April 2020.

Casino operator Melco Resorts and Entertainment Ltd announced on Thursday that it would launch at the end of June a new, themed zone for “family-friendly” entertainment at its majority-owned... END_OF_DOCUMENT_TOKEN_TO_BE_REPLACED