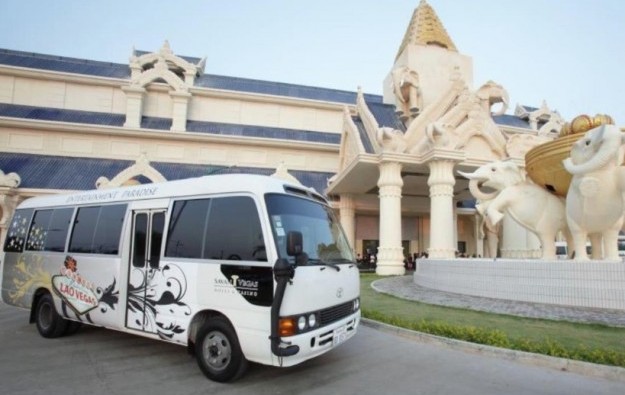 Macau casino services firm Macau Legend Development Ltd announced on Thursday that it “has formally taken over the management and operation” of a casino property in Laos known as Savan Vegas Hotel and Entertainment Complex (pictured).

Commenting on the closing of the deal, David Chow Kam Fai, co-chairman and chief executive of Macau Legend, said: “We sincerely thank the government of the Lao PDR for their support and trust in Macau Legend and we have a shared vision with the government on both the transformation of the existing Savan Vegas Casino and Hotel as well as development of the proposed new integrated resort by our company in Savannakhet [province].”

Hong Kong-listed Macau Legend had signed on August 19 “definitive sale documents” with the government of Laos. The company announced in May it had reached an agreement with the Lao authorities to pay US$42 million for the right to operate Savan Vegas. The deal also includes the right to a 50-year monopoly on casino operations in three Lao provinces including the one where the resort is located.

Thursday’s press release quoted Souphanh Keomixay, Lao Minister of Planning and Investment, as saying that Macau Legend’s investment is another example of the contribution to the economic development of Laos.

“The Lao government looks forward to working with Macau Legend in the transformation of Savannakhet as a centre for tourism in Laos,” the minister added.

Savan Vegas was formerly controlled by Sanum Investments Ltd and its parent company, Lao Holdings NV, before the Lao government in 2012 seized the resort operation, claiming that Sanum owed US$23 million in back taxes and penalties.

On Thursday, the casino firm appointed Donald Chow Wan Hok – a son of David Chow – as an executive director. Mr Chow junior has been involved in new and current business development projects of the company, according to a filing to the Hong Kong Stock Exchange.

Macau Legend also appointed Laurinda Ho Chiu Lin as a non-executive director and a member of the Audit Committee of the company. Ms Ho is a daughter of Ina Chan Un Chan, a substantial shareholder of Macau Legend, according to the filing.

China has moved one step closer towards reopening, by relaxing some its Covid-19 control measures, with most infected people now able to quarantine at home rather than in state-sanctioned... END_OF_DOCUMENT_TOKEN_TO_BE_REPLACED