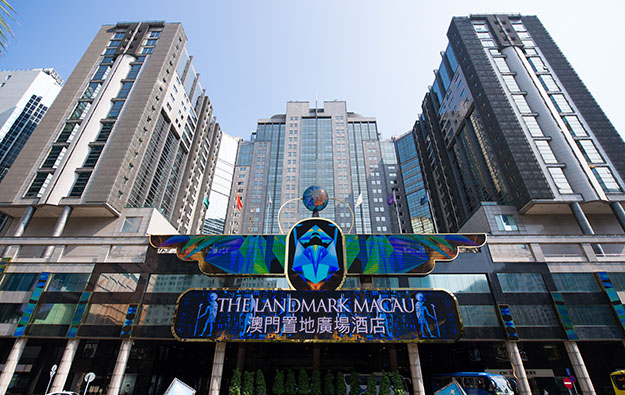 Casino services company Macau Legend Development Ltd expects to have made a profit in the first half of this year, a reversal of the HKD229-million loss (US$29.18 million) it made in the same period last year. The company told the Hong Kong Stock Exchange on Monday its forecast was based on a preliminary review of its unaudited consolidated management accounts.

Macau Legend says the likely turnaround is due primarily to a gain from the sale of 100 percent of the equity in an entity called New Macau Landmark Management Ltd, a Macau firm that controlled the Landmark Macau casino hotel (pictured).

The company said in a filing in April “the disposal is expected to accrue a gain before tax of approximately HKD3.3 billion, which is calculated based on the purchase price, net liabilities value and carrying amount of the sale loan of New Macau Landmark Management as at December 31, 2017.”

Macau Legend is the promoter of Macau Fisherman’s Wharf, a waterside entertainment zone near the Outer Harbour Ferry Terminal on Macau peninsula. The company also operates a casino in Laos, a property known as Savan Legend Resorts Hotel and Entertainment Complex.

Macau Legend reported in March an annual net loss of HKD507.3 million last year, having booked a loss of HKD277.5 million the year before. The casino services firm reported revenue of almost HKD1.84 billion for full-year 2017, up 24.8 percent from the previous year.

The Pragmatic Play brand, a leading content provider to the iGaming industry, says it has signed a deal to launch its complete slot portfolio on the bet365 online wagering platform. As a result,... END_OF_DOCUMENT_TOKEN_TO_BE_REPLACED