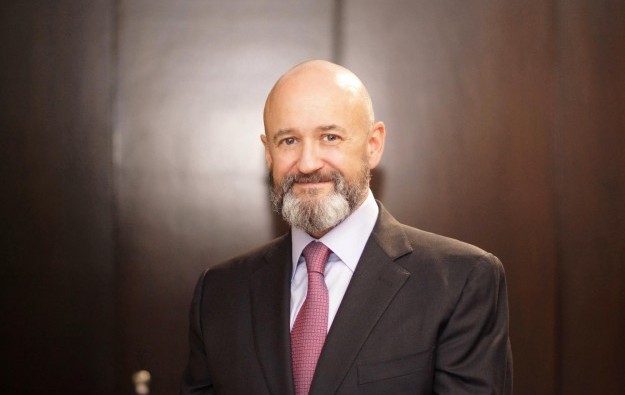 Hong Kong-listed casino services firm Macau Legend Development Ltd is eyeing a “soft launch” for an expansion of its Laos casino resort – Savan Legend Resorts Hotel and Entertainment Complex – “within the first quarter of 2020”, said Sheldon Trainor (pictured), an executive director of the company, in an interview with GGRAsia.

An existing gaming operation in that location was acquired by Macau Legend in autumn 2016, and the purchaser pledged a range of improvements and additions.

The expansion will focus on “premium mass and VIP clientele”, have gaming facilities additional to those currently offered at the resort, and will include “five-star” accommodation, said Mr Trainor.

The property is located in Savannakhet, near the Laos border with Thailand. Casino gambling is not permitted within the borders of the latter country.

“What we are going to do is to put in a separate, new VIP wing,” Mr Trainor told us. The firm has previously said US$15 million was being earmarked for an expansion.

“This is going to be a new VIP boutique hotel of 40 suites, VIP gaming and an entertainment zone, with… golf simulator, driving range, sports bar, spa and pool facilities. These new amenities will be the best in class in that whole area,” the Macau Legend executive added, referring to possible competition.

Mr Trainor had noted during a conference panel at the recent Global Gaming Expo (G2E) Asia casino industry trade show – discussing Southeast Asia markets – that his firm had been working to provide better transport links to, and a new in-house player loyalty programme for, Savan Legend Resorts. In his latest comments to GGRAsia, he additionally noted that Savan Legend Resorts was not being positioned as a junket-orientated business.

“We don’t get the big VIP player that Macau does, and we don’t really mind that because we are running a smaller business,” Mr Trainor remarked, noting that Savan Legend Resorts’s existing patrons are mainly either from Thailand, or elsewhere in Southeast Asia.

A goal for Savan Legend Resorts in seeking to expand its sources of clients was to appeal to “North Asians”, including Chinese players, Mr Trainor noted. “This is not really a Chinese-focused project and that may change over time, as the connectivity from China to Laos gets better. In the meantime we will expand [the range of] Southeast Asian clients from Vietnam, Cambodia and Thailand,” he said.

Macau Legend had noted previously in company documents the existence of a 50-year monopoly associated with Savan Vegas Resorts, starting from May 2016. It is said to cover casino operations in three Laos provinces: Bolikhamsay, Khammouane and Savannakhet. Macau Legend has stated it has an option to ask the country’s government to extend such monopoly rights for a maximum additional 49 years upon their initial expiry.

The firm – which also runs casino venues in Macau under so-called service agreements that rely on the gaming licence of SJM Holdings Ltd – is interested in expanding its Laos presence beyond the three provinces mentioned.

“We would very much look to do more projects in Laos on the gaming and tourism side. We’re very bullish,” Mr Trainor remarked to us. He declined to give details of specific locations.

Macau Legend favours Laos as an investment designation because of what Mr Trainor termed its “stability”, and an expected improvement in transport links with one of its next-door neighbours, China, Mr Trainor noted. Laos – formerly part of French Indochina – is officially called the Lao People’s Democratic Republic. A communist state was declared in the country in 1975.

A current infrastructure project improving links between landlocked Laos and the outside world is an under-construction, high-speed railway line from China. The 417-km (259-mile) route will link Laos’ capital Vientiane to the southern Chinese city of Kunming in Yunnan province. The link was scheduled to begin services in late 2021, several media outlets reported earlier this year.

“The high-speed railway… and the improved new airport terminal in Vientiane will better connect Laos to markets in northern Asia,” Mr Trainor told us. “You already have a lot of Koreans, Japanese” going to Laos, he said.

The Macau Legend executive also noted that his firm expected the Laos government to introduce changes in taxation terms for gaming operations in the country, possibly involving a “standardising” of gaming-related taxation and regulations, for all districts across the country.

For Savan Legend Resorts in Savannakhet, a local unit of Macau Legend was to pay the Laos government a flat tax rate of US$10 million per annum for its gaming operations, covering a period from September 1, 2016 to August 31, 2019, according to a company filing. Negotiations are expected with the Laos authorities to determine tax arrangements for the local business beyond August, Mr Trainor told us.

He further stated regarding the group’s commitment to the region as a whole: “Our targeted investment in Southeast Asia is in the US$200-million to US$500-million range, for each project…”

Mr Trainor added: “We will finance that using our own resources; bank financing; as well as bringing partners in to help.”

In Cambodia, Macau Legend remains committed to investing in what Mr Trainor termed a “tourism” project in Siem Reap.

“We avoid places of high competition in Southeast Asia and prefer those places with good tourism and transportation infrastructure,” Mr Trainor told us, “We are not competing with the next-door neighbour that raises its commission to a crazy level – I think that’s what is happening in Cambodia,” he noted, referring to some casino operations there.

The Macau Legend executive remarked that Cambodia currently faced a challenging scenario in terms of the government there being able to “impose proper regulations” and keep anti-money laundering efforts in place. The coastal town of Sihanoukville has recently reportedly seen a proliferation in the number of gaming licences – either for casinos offering services including so-called proxy betting to offshore customers; or for studios that live stream table games to offshore players via the Internet.

Mr Trainor told us regarding Macau Legend: “The priority right now is, keep expanding in Laos, and do well in Laos. The second priority is to start looking at Siem Reap [in Cambodia] and what kind of tourism infrastructure we can develop on our land in Siem Reap. Whether we have a casino there initially or not is okay because Siem Reap is such an attractive tourism destination,” Mr Trainor said.

“There are so many casinos in Cambodia that we now need to see how the regulation in Cambodia goes. But I think our land portfolio is attractive in Siem Reap and we will be okay,” he added. He had previously mentioned to media on the sidelines of G2E Asia 2019 that the firm’s site in Siem Reap is located “50 kilometres” away from Angkor Wat, a UNESCO World Heritage site well known for its ancient temple complex.