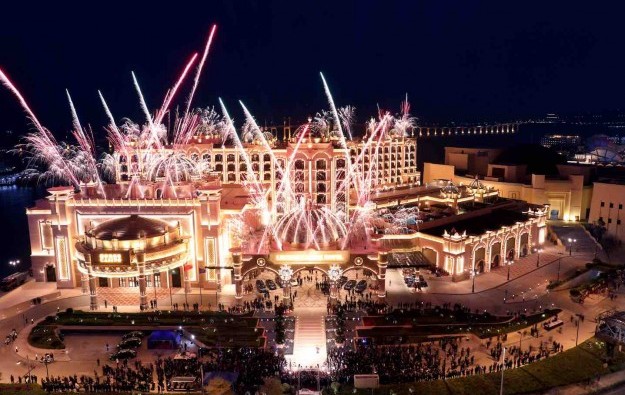 A total of HKD4 billion (US$515 million) has been invested so far in completing two out of three new hotels planned for the revamp of Macau Fisherman’s Wharf on the city’s peninsula. So said on Monday David Chow Kam Fai, the co-chairman and chief executive of the site’s promoter, Hong Kong-listed casino services firm Macau Legend Development Ltd.

The investment for the second and latest property, the 223-room Legend Palace Hotel (pictured), totalled HKD2.6 billion, Mr Chow told media following the opening ceremony of the property that day. Unlike the Harbourview Hotel, the first of the new properties in the revamp scheme and which opened in February 2015, Legend Palace has a casino. It opened to the public at 8pm on Monday after the property’s launch ceremony.

“I believe that with the location and the environment of the hotel [Legend Palace], it is well-positioned to be readily promoted to many different clients,” Mr Chow remarked to the media.

The hotel accommodation at Legend Palace Hotel, a property dubbed by the company as modelled on the “architectural styles of 18th-century Monte Carlo”, opens to paying guests on Tuesday.

Legend Palace Casino was stocked with approximately 70 gaming tables on the opening day, Mr Chow told media on Monday. The tally included 15 new-to-market gaming tables – all earmarked for mass play – that the Macau government said a fortnight ago it was granting to the venue.

“For our self-run VIP operation on the third floor [of Legend Palace Hotel], we have about 11 to 12 gaming tables there,” Mr Chow said on launch day.

“The other three VIP rooms are small-scale operations. And each of these rooms will house about four gaming tables,” Mr Chow stated. “They [the three small VIP rooms] will open before the end March,” he added.

According to signs seen by GGRAsia outside the three smaller VIP rooms, they are branded respectively as Benny VIP Club, Ka Sing VIP Club and King Neptune’s Palace VIP Club.

The gaming-free Harbourview Hotel is nonetheless connected by footbridges to a slot hall called “Flamingo Casino” at Fisherman’s Wharf, and to Babylon Casino, a standalone casino at Fisherman’s Wharf run by Macau Legend under an SJM Holdings licence.

The third new hotel to be built by Macau Legend at the waterside location is to be called Legendale Hotel, which according to previous Macau Legend filings, is also due to feature an in-house casino along with 500 rooms. Work on that venue has not yet started. The firm is awaiting government approval regarding the proposed height of the property, it said in its 2016 interim report.

“The most important is the government response – we’ve already put forward our plan as having the third hotel to be build of height at 90 metres [above ground]. We hope that this proposed height can be approved, so as not to waste our planning cost,” Mr Chow responded when asked about the next stage of redevelopment for Fisherman’s Wharf.

Commenting on the estimated overall investment budget of the revamp of Fisherman’s Wharf, Mr Chow said he was confident that it would be within the figure of HKD6.8 billion. The sum was mentioned in an analyst’s note from Hong Kong brokerage Sun Hung Kai Financial in September 2013.

“We haven’t gone over-budget…it [the revamp] will be still within that level [HKD6.8 billion],” said Mr Chow.

As part of the revamp of Fisherman’s Wharf, Macau Legend has also planned for the construction of an “opera house” and an exhibition centre, Mr Chow stated in his speech at the Legend Palace opening ceremony. He further noted that the exhibition centre, designed to span an area of 1 million square feet (92,930 square metres), will be located near Babylon Casino.

He did not mention specifics on the expected date for the construction of the additional works, or how much they would cost.

Macau mass-market casino gross gaming revenue (GGR) for the recent Chinese New Year (CNY) holidays could have recovered to at least 60 percent of that for the 2019 break, when the festivities were in... END_OF_DOCUMENT_TOKEN_TO_BE_REPLACED