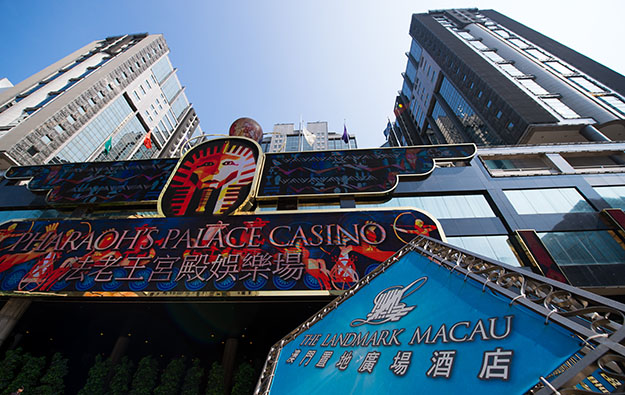 Macau casino services firm Macau Legend Development Ltd says its chief executive David Chow Kam Fai and one of the group’s wholly-owned units are selling 100 percent of the equity in the Landmark Macau casino hotel (pictured). That is according to a Friday filing by the parent business to the Hong Kong Stock Exchange.

The gaming operation part of the deal is subject to approval by the local casino regulator, the Gaming Inspection and Coordination Bureau, also known by its Portuguese-language acronym DICJ; and SJM Holdings Ltd, the Macau casino operator that holds the actual gaming permit used by the property. A plan for a disposal of the property had been flagged in March last year.

The consideration involved in the now-announced deal is HKD4.6 billion (US$589.7 million). What it will buy is 100 percent of the equity in an entity called New Macau Landmark Management Ltd, a Macau firm that is an indirect subsidiary of Macau Legend.

Four parties – all Macau-incorporated firms – are identified as the buyers, with one of the firms, Dong Lap Hong Property Investment Co Ltd, due to take a majority 58 percent stake.

The 17-page filing gave no indication regarding who were the ultimate beneficiaries of the four locally-registered suitor firms.

The transaction will be effected via a HKD460-million cash deposit already paid; a second deposit of HKD200 million that was paid to the sellers upon signing of the disposal agreement; a third deposit of HKD340 million payable on January 5 next year on condition that SJM Holdings accepts a “participation agreement” regarding gaming at the property; and the balance of HKD3.6 billion payable on final completion.

Under the participation agreement, wholly-owned Macau Legend unit Hong Hock Development Co Ltd will provide gaming services at Landmark Macau “for as long as SJM Holdings maintains its status as a gaming concessionaire in Macau”. SJM Holdings’ current Macau gaming concession is due to expire in 2020.

According to the participation agreement, Hong Hock will be entitled to receive 0.5 percent of total monthly gross gaming income generated from the gaming tables at the property.

According to Macau Legend’s interim report, the Landmark Macau accounted for approximately HKD100 million, or approximately 34.2 percent of the total non-gaming revenue of the group in the first six months of this year. The 23-storey Landmark Macau’s hotel has 439 rooms and suites, according to Macau Legend’s corporate website.