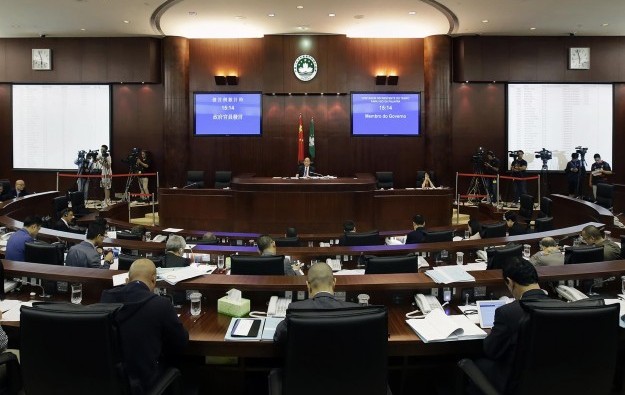 After more than five hours of debate, members of Macau’s Legislative Assembly approved on Friday the first reading of a bill proposing to ban completely any smoking inside the city’s casinos. A total of 26 legislators, among 28 that attended Friday’s meeting, gave their assent. Two assembly members voted against the government-backed proposal.

The revised tobacco control bill includes provisions to outlaw smoking lounges on casino mass floors as well as smoking in VIP rooms. It also bans the sale of tobacco-related products in casinos.

Following the first-reading approval, the bill will now be assigned to one of three working committees of the assembly for detailed examination. After the committee has issued a report on the bill, the measure returns to the full assembly for its second and final reading.

After Friday’s meeting, Macau’s Secretary for Social Affairs and Culture, Alexis Tam Chon Weng, said he expected the debate within the working committee to take a long time. “I have no doubts it will be a lengthy debate,” he told reporters.

Asked if he expected the law to be enacted early next year, Mr Tam said: “That was my expectation, but it’s not in my hands now.”

During Friday’s debate, several legislators said they supported the government’s proposal, but some urged the government to re-examine during the committee stage of the bill the proposed ban on smoking lounges in the city’s casinos.

Legislator Angela Leong On Kei, an executive director of Macau casino operator SJM Holdings Ltd, said she supported the full smoking ban but stated that keeping enclosed smoking lounges in the city’s casinos is compatible with the government’s proposal.

“The six casino concessionaires, as well as other satellite casinos, have invested heavily in setting up smoking lounges” to comply with new rules enacted on October 6, said Ms Leong. “If these smoking lounges do not comply with the requirements sought by the government, other solutions can be found,” she said, adding that the government should also be held accountable for consecutive amendments made to the existing legislation on smoking in public.

Secretary Tam however reiterated that to allow the retention of smoking lounges inside casinos would prevent proper control of secondhand smoke.

Asked if he thought the government’s stance could change in the discussion at the committee stage, Mr Tam said that was not likely to happen. “We have a very firm stance on this matter [a full smoking ban] and our intention is to protect the health of Macau’s population”.

He added: “We are nonetheless open to suggestions from all parties”.

Some legislators fear that forcing casinos to be completely smoke free could aggravate the fall seen in casino revenue since the second half of last year.

Commenting on the impending smoking ban, Raymond Yap Yin Min, senior vice president in charge of premium market development at casino operator Galaxy Entertainment Group Ltd, said he was “not able to put any estimate as to what would be the effect” on casino revenue.

“We certainly hope the [Macau] government will consider things like reducing [players’] time at the [gaming] table, and that all the… effects have been discussed,” he said, speaking on the sidelines of an event at Galaxy Macau on Friday.

Mr Yap added: “I think the industry had been anticipating that the government would introduce a new smoking policy. It is not something new to us, and we began preparing for it two years ago. I suppose everybody [in the industry] is concerned about whether it will affect the industry. I believe we have made all the necessary adjustments.”

South Korea on Thursday said it would from June 1 resume issuing short-term tourism visas for trips to the country’s mainland, for individual visitors and groups of tourists. Permits for... END_OF_DOCUMENT_TOKEN_TO_BE_REPLACED