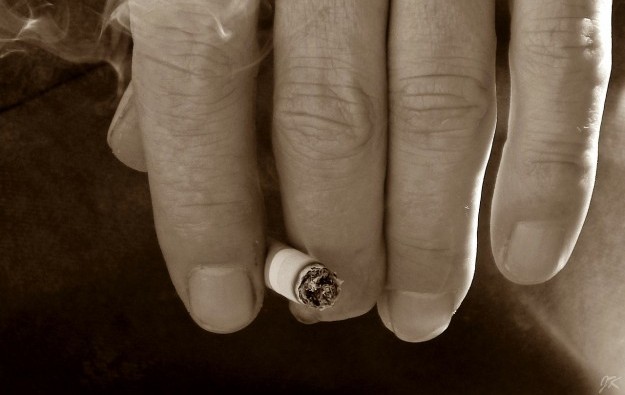 Scrutiny of Macau’s revised tobacco control bill will only start again after October 15 at the earliest. The territory’s Legislative Assembly working committee tasked with the job is still awaiting the government’s feedback regarding some comments the committee has made on the content of the bill.

So said legislator and businessman Chan Chak Mo – the head of the relevant working committee – in comments to GGRAsia.

“The government is yet to give us a feedback regarding the content of the bill – namely whether it accepts our opinions on the bill,” Mr Chan told us. “It is only when we have the government’s response, that we’ll be able to resume discussion.”

Mr Chan added that his committee is currently occupied with other bills and will be up to August 15; at which time the assembly starts a two-month summer recess.

A majority on the relevant working committee supported the retention of smoking lounges on casino main floors, Mr Chan had said in comments to the media following a closed-door committee discussion on May 26.  The working committee’s tentative support for smoking lounges is on condition that second-hand smoke can be kept away from casino staff and from guests that don’t smoke, Mr Chan said at the time.

“Regarding tobacco control in casinos, that is what our committee has suggested to the government,” Mr Chan told GGRAsia in his latest comments. He added: “But we don’t oppose the [government] suggestion of banning tobacco sales inside casinos.”

“After the government tells us what their opinions are on the bill, I don’t think it will take long for the assembly to process the bill,” the legislator added. “In terms of technicality, the bill is not hard to handle – it’s more the political will from the government that weighs on the progress of the legal revisions,” explained Mr Chan.

The government has proposed a total ban on smoking in the city’s casinos. A number of investment analysts have said that could depress revenue for the already beleaguered industry, which in July had recorded its 26th consecutive month of year-on-year decline in casino gross gaming revenue.

Macau’s Secretary for Social Affairs and Culture, Alexis Tam Chon Weng, told media on June 26 that the government was still open to suggestions from legislators regarding the revisions to the tobacco control bill.

“The [smoking control] bill would definitely not be dropped. Because the bill has already been approved through first reading by the Legislative Assembly,” said Mr Tam at the time.

“It’s only that now the [working] committee has raised some suggestions regarding the bill, which we’re open to discuss them. And we’ll have to see if their suggestions are appropriate,” the secretary said.

Macau’s casino gross gaming revenue (GGR) for the first five days of February is estimated at MOP1.9 billion (US$235.1 million) – or MOP380 million per day – a level that suggests a “45... END_OF_DOCUMENT_TOKEN_TO_BE_REPLACED