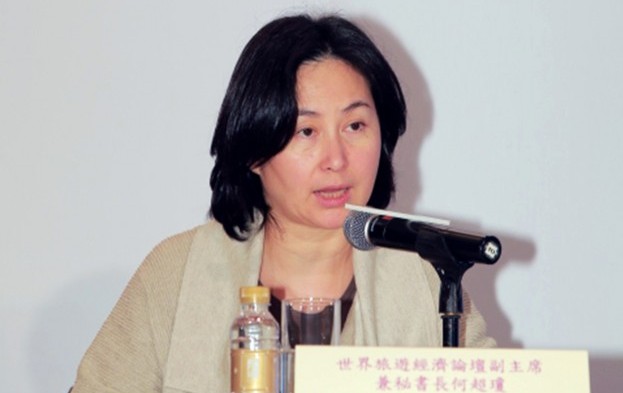 The Macau government should send a signal that it is interested in continued partnership with the private sector in gaming by allowing the existing casino operators to stay in the market when their current licences expire in 2020 and 2022, said Pansy Ho Chiu King (pictured), co- chairperson of MGM China Holdings Ltd.

In comments reported on Monday by Hong Kong’s The Standard newspaper, Ms Ho said: “The timeline should be lengthened. The fundamental principle should not be altered. Otherwise, how can Macau attract long-term investments? If the payback period is too short, no one will be interested.”

She stated: “If every casino operator puts great effort and capital into the business, I don’t believe the government won’t let them survive.”

The executive added: “I think the government knows very well that Macau’s economic growth is largely driven by the gaming business.”

Ms Ho is currently an independent non-executive director of Sing Tao News Corp, the publisher of The Standard.

In other comments to East Week, a Chinese-language magazine also owned by Sing Tao, Ms Ho said MGM China had been focusing its MGM Macau resort on Macau peninsula on non-gaming elements.

“Customers don’t only gamble. They also want to enjoy the whole atmosphere, including arts and cultural events. We have been doing this from day one,” she said, adding that 85 percent of the facilities at the firm’s under construction MGM Cotai resort – which has a capital budget of US$3 billion and is due to open in the autumn of 2016 – would be for non-gaming amenities.

The Macau government is expected to start talks with the city’s six casino operators later this year on whether to allow them to stay in the market. Lionel Leong Vai Tac, Macau’s Secretary for Economy and Finance, said recently the government’s so-called ‘mid-term review’ would look at the operators’ “shortcomings” as well as their successes.

Some investment analysts have wondered aloud in recent weeks about the intentions of China’s central government toward Macau. Given that 67 percent plus of Macau’s 31 million annual visitors last year were from the mainland, Beijing controls important levers for the Macau economy in terms of issues such as visa issuance. It was announced last year that there would be tighter enforcement on both sides of the border over transit visas, ostensibly granted to mainland businesspeople for trips to other countries but often allegedly used to facilitate more frequent visits to Macau than would be possible under the Individual Visit Scheme for the mainland’s independent travellers.

The Macau government has also recently indicated it is cooperating with the central authorities regarding the latter’s anti-corruption crackdown, while also promoting a tighter supervision of the city’s gaming industry. The anti-graft campaign has coincided with a drop off in the number of high roller gamblers visiting Macau.

Hong Kong-listed Wynn Macau Ltd says it will inject nearly MOP4.80 billion (US$596.4 million) into Wynn Resorts (Macau) SA. That is in order to comply with Macau’s revised gaming law and the... END_OF_DOCUMENT_TOKEN_TO_BE_REPLACED