Macau mass GGR may be hit by RMB slide: analysts 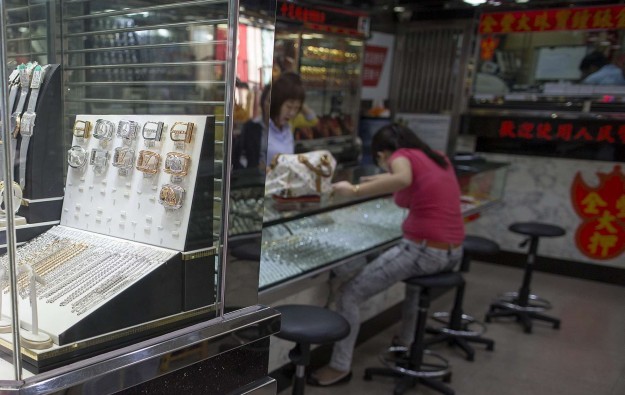 The 1.9 percent devaluation in China’s currency the renminbi – initiated by the country’s central bank on Monday – “could have 8 percent to 10 percent downward impact” on mass gross gaming revenue (GGR) in Macau in 2016, said a note from Daiwa Securities Group Inc.

They said the main threat was to gambling fuelled by cross border money transfer via Macau’s pawnshops, which operate on thin margins and can quickly feel the effects of a 1.9 percent plus devaluation in the renminbi, sometimes referred to as the RMB, the yuan, or ‘CNY’.

The brokerage said that its “back-of-envelope stress test” indicated that an 8 percent to 10 percent fall in mass GGR “would have a 13 percent to 16 percent negative impact on sector EBITDA [earnings before interest, taxation, depreciation and amortisation]”.

Union Gaming Securities Asia Ltd analyst Grant Govertsen stated – in comments reported on Thursday by the Macau Daily Times newspaper – that “based on the current 2-percent decline in value of the renminbi, we would expect the mass market story to be negatively impacted by up to 2 percent over the coming weeks or months.”

The People’s Bank of China allowed the renminbi to drop further against the U.S. dollar on Wednesday. In a statement earlier this week, the Chinese central bank said that it had changed the way it calculated the currency’s daily midpoint against the U.S. dollar, now taking the midpoint from market-makers’ quotes and the previous day’s closing price.

Although the Macau government reports its casino GGR in the territory’s currency the pataca (also known as MOP), most bets at Macau casinos are denominated in Hong Kong dollars, a currency currently pegged to the U.S. dollar. The pataca is indirectly pegged to the U.S. dollar via an association with the Hong Kong dollar, whereby MOP1.03 is equal to HKD1.00.

Hong Kong-based analysts from Daiwa focused in particular on the implications of China’s currency devaluation for those mass gambling volumes that are funded or part funded by cross border money transfer transactions effected at Macau’s secondhand jewellery shops and pawnshops. Those premises are typically found in clusters close to the city’s downtown casinos, and operate on basis points of margin.

“We are seeing the impact already,” wrote the Daiwa team. “Our on-the-ground checks indicate that foreign exchange has become more expensive, with the CNY-HKD spread charged by the jewellery and pawnshop operators widening by 50 to 100 basis points over the past three days.”

The Daiwa team noted, referring to China’s state-approved money transfer system operated by China UnionPay Co Ltd: “The jewellery/pawn shops… have historically provided much of the UnionPay liquidity to the mass and premium mass segments. These businesses keep sizable balances of HKD and Chinese yuan in both Macau and China to fund their services, and charge a spread over the prevailing HKD/CNY exchange rate, which they take as profit.”

Daiwa added: “We think a further UnionPay-related liquidity squeeze is possible in the coming months.”