Macau mass a plus, VIP likely to resurrect: Goldstein 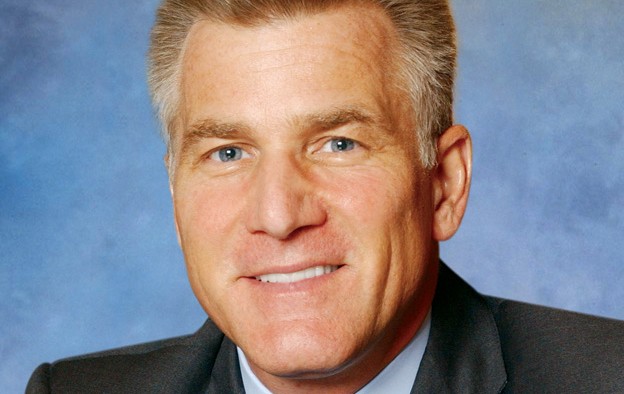 VIP business remains important to the overall Macau casino market: despite the softness seen in the first quarter of 2019, the segment is likely to return to growth in the future, says a senior executive at Las Vegas Sands Corp.

“We believe the rolling [VIP] market will resurrect, it has in the past and it will in the future,” stated Robert Goldstein (pictured), president and chief operating officer of Las Vegas Sands, the parent company of Macau gaming operator Sands China Ltd. Mr Goldstein however did not provide a potential timeline for the rebound of VIP play in the Macau market.

He was speaking on Wednesday during a conference call with analysts following the release of the company’s first-quarter results. Mr Goldstein is a non-executive director of the Macau unit.

Las Vegas Sands reported earlier in the day a net profit of US$582 million for the three months to March 31, a 60-percent decrease compared to nearly US$1.46 billion recorded in the same period last year. The company said net revenue grew to US$3.65 billion in the first three months of this year, supported by revenue growth in the Macau portfolio particularly in the mass-market segment.

“We had an outstanding quarter, especially in Macau,” noted Mr Goldstein. “Our growth in base mass and premium mass… the numbers are just extraordinary.”

Official data showed that overall Macau casino gross gaming revenue (GGR) was 0.5 percent lower in the first quarter this year than at the same stage last year, dragged by a decline in the VIP segment.

Market-wide VIP revenue fell 13.4 percent year-on-year in the first quarter, offset by a 16.1-percent growth recorded for GGR in the mass segment, showed data issued on Tuesday by the city’s gaming regulator.

Mass-market revenue as a proportion of all casino GGR in the first three months of 2019 stood at 51.14 percent, taking the lead in the Macau market for the first time.

He mentioned the case of the Parisian Macao, where the company recently completed the conversion of 600 rooms into 300 suites: “It turned out to be a very good idea,” said Mr Goldstein.

He added: “The Parisian [Macao] delivered an outstanding quarter driven by huge growth in the premium mass business, and I think that will continue.”

Nonetheless, Mr Goldstein described the reporting period as a “challenging quarter” in Macau. “The comps from 2018 were strong, the smoking ban began this quarter, China macro concerns are out there, and VIP is softening, and yet against this backdrop we delivered our best quarter since 2014,” he said.

Up to end-2018, VIP rooms had been the only places in Macau casinos that had still been allowing smoking at the gaming table. New rules on smoking in public places in Macau came into effect on January 1, 2018, although a one-year grace period for the casino industry permitted VIP room smoking at table side to continue for a further 12 months. Several investment analysts had mentioned before that the full application – with effect from January 1 – of new smoking rules were likely a headwind for the gaming business.

The executive stated that junket-driven play was still important for the Macau market, adding that he expected the VIP segment to return to growth in the future.

“We are prepared to accommodate that [VIP] segment as well, with our relations with the junkets, better room quality and suites,” noted the Las Vegas Sands president.

He added: “We’re going to invest heavily if we want to get our fair share, because we think it’s an important segment to be in, we think our products are made for it and we think our new VIP rooms and our better relationships will enhance our ability to get more of that share when it comes back.”

The executive also commented on the company’s planned expansion in Singapore. The group committed an investment of about US$3.3 billion and is to build a new tower as part of the expansion plans for its Marina Bay Sands complex.

“With this expansion [in Singapore] we are aiming at that [premium mass] segment. We are building roughly 1,000 suites … We are building the largest arena and partnering with the smartest entertainment people in the world to ensure that Marina Bay Sands will become an entertainment powerhouse,” said Mr Goldstein.

Las Vegas Sands chairman and chief executive Sheldon Adelson, who has been receiving treatment for a form of cancer in recent months, was again absent from the company’s conference call.

“Sheldon is still receiving medical treatment, so he won’t be in this call with us, but we look forward to his recovery in due course,” said Mr Goldstein at the start of the call.

Las Vegas Sands is also pitching for a Japan casino licence, and Mr Goldstein confirmed on the call that the group is eyeing an opportunity in Osaka.

He added: “I think you’ll see us do something in the same fashion we’ve done in Macao or Singapore… We’re looking at decades of investment investing many billions of dollars… we are fully committed to be in Osaka.”

The Macau government announced on Tuesday tightening of its Covid-19 testing requirements for front-line casino staff, halving the interval between nucleic acid tests to every two days, from every... END_OF_DOCUMENT_TOKEN_TO_BE_REPLACED