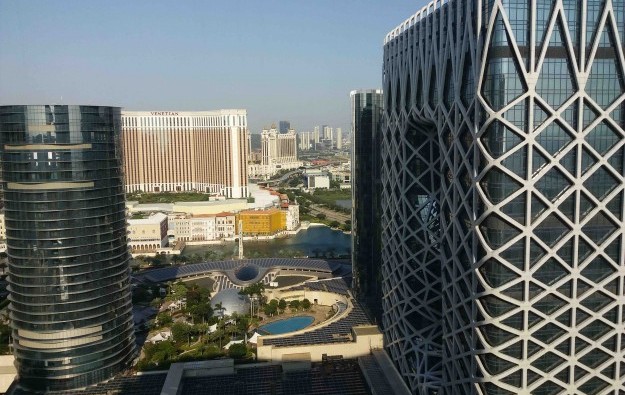 The pace of recovery for Macau mass-market casino gambling could “step up meaningfully” from the Labour Day break in May, followed with a sequential improvement over the subsequent quarters before reaching a full recovery in mass gross gaming revenue (GGR) to pre-Covid-19 levels in 2022, suggests JP Morgan Securities (Asia Pacific) Ltd in a Tuesday note.

The Labour Day break – a holiday in mainland China – is also known as “May Golden Week”.

The implementation of Covid-19 vaccination in China and “the passage of time” should help gambling patrons “regain confidence”, which could support Macau’s recovery in the mass gaming segment, JP Morgan’s analysts DS Kim and Derek Choi noted.

“Our projection is for the pace of recovery to step up meaningfully from the next big holiday, May Golden Week (May 1 to 5), and into second half of the year; we forecast mass GGR to recover to 75 percent to 90 percent of pre-Covid[-19] levels in third quarter/fourth quarter, before hitting 100 percent in 2022,” the JP Morgan team wrote.

China’s State Council has designated the first five days of May as the Labour Day break for this year.

Macau’s current mass gaming segment is currently generating about “40 percent” of pre-Covid GGR, though it has “fared much better” than VIP gaming, the analysts suggested.

JP Morgan said likely catalysts for Macau’s mass gaming segment included: the reversal of some mainland authorities’ current advice against citizens travelling outside their home area; the easing of travel restrictions for Hong Kong, Macau and mainland China, once daily Covid-19 infection cases in Hong Kong dwindle to “low double-digits or below”; the return of automated services for processing the mainland’s exit visa system for independent travellers, known as the  Individual Visit Scheme (IVS); and the resumption of package tours from mainland China to Macau, and to Hong Kong.

“We think [Macau’s] monthly GGR will start to improve meaningfully from May with Labour Day holiday (May 1 to 5) to MOP350 million [US$43.8 million] to MOP370 million per day (about 45 percent of 2019 GGR run-rate) then accelerate thereafter,” wrote the JP Morgan analysts.

The VIP gaming segment, meanwhile, is “impossible to predict at this stage”, the analysts said. They nevertheless noted: “We’re generally cautious, and modelled the segment to gradually improve every quarter, to 50 percent of pre-Covid levels by 2022.”

By 2022, the VIP gaming segment might drive only around “4 percent” of Macau industry earnings before interest, taxation, amortisation and depreciation (EBITDA), the analysts noted.

Macau’s VIP GGR was currently only “around 20 percent” of pre-Covid levels, the JP Morgan team noted. Apart from China signalling a sustained crackdown on cross-border gambling promotion, and online casinos, the analysts highlighted what they said was a low level of liquidity – understood to be a reference to capital liquidity – in Macau’s junket system, which also hindered the sector’s turnaround.

“We do believe ‘this time it’s different’, as it’s the probably the first time that the [Chinese] government seems to be precisely targeting what junkets are doing/promoting, unlike previous crackdowns such as 2014-15 (anti-corruption campaign) or 2016-17 (severe capital control) where junkets suffered from collateral damage,” the JP Morgan analysts stated.

The commentary added: “Moreover, the level of liquidity in the junket system has already been dried out to all-time lows for many, amidst the year-long absence of revenues and difficulties moving money out of China – this caps the size of the turnaround anyway, with or without clampdown.”

Macau gaming operators’ sustained cuts in operating expenses, plus a “dramatic mix shift” toward mass play and non-gaming, could help the industry’s profitability to “rise to all-time high” by the fourth quarter of 2021, the JP Morgan team further noted.