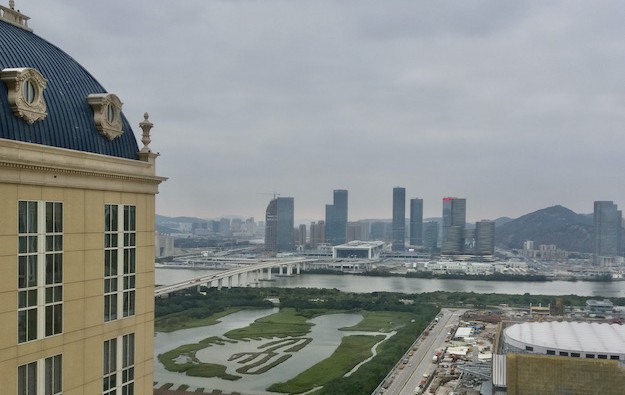 The Macau government might seek forms of in-kind benefit other than licence fees and taxation from casino companies that wish to take part in a new public tender process associated with the 2022 expiry of the six current gaming licences in the city. That is according to a research paper from two prominent Macau law experts, submitted to the International Association of Gaming Advisors, a body also known as the IAGA.

“It is understood by the Macau government that the structural weakness” of the city’s economy, “excessively dependent as it is on tourism and gaming, became more well known as a result of the pandemic,” stated the paper from Pedro Cortés, managing partner at law business Rato, Ling, Lei & Cortés; and António Lobo Vilela, a former legal advisor to the Macau government on gaming-related matters.

Their paper stated it was “yet to be considered” whether not just licence premiums should be paid by successful entities in the fresh tender process, but also whether other “criteria” might be considered by the local authorities.

The possible other criteria for award of a fresh concession might include commitments relating to a number of non-core activities or investments on the part of the gaming businesses.

These included, said Mr Cortés and Mr Vilela: proposals for investment in the Guangdong-Hong Kong-Macau Greater Bay Area (GBA) – the central government’s initiative to integrate the economies of Macau, Hong Kong and cities in Guangdong, including Hengqin (pictured), next door to Macau.

This could be via “creation of an international world-class tourism destination” in the Greater Bay Area, “recognising the uniqueness of the cultural and social resources of Macau,” said the authors.

Other possible investment topics that might find linkage with new Macau concession awards included: “proposals for investments to create new tourism-source markets”; as well as “contribution to the long-term welfare of Macau residents,” wrote the authors.

Mr Cortés and Mr Vilela also mentioned “enhancement of innovation in gaming, and creation of an innovative-technology centre”; as well as “contribution to public education policies and to attracting international talent” to Macau; and “corporate and social responsibility plans”.

The Macau government has said it would launch “in the second half of this year,” a public consultation process regarding the revision of the city’s gaming law, including provisions for a new public tender for Macau gaming rights.

The government had flagged in its Policy Address for the Fiscal Year 2021, that it aimed to submit such amendments to the Legislative Assembly by the fourth quarter of 2021, before a fresh public tender.

“If the plan currently in place is not fulfilled – which, given several circumstances, seems likely to be the case … –, the Macau Chief Executive may extend all casino gaming concessions (andauthorising the extension of all casino gaming sub-concessions), one or more times, up to five years (until June 26, 2027).”